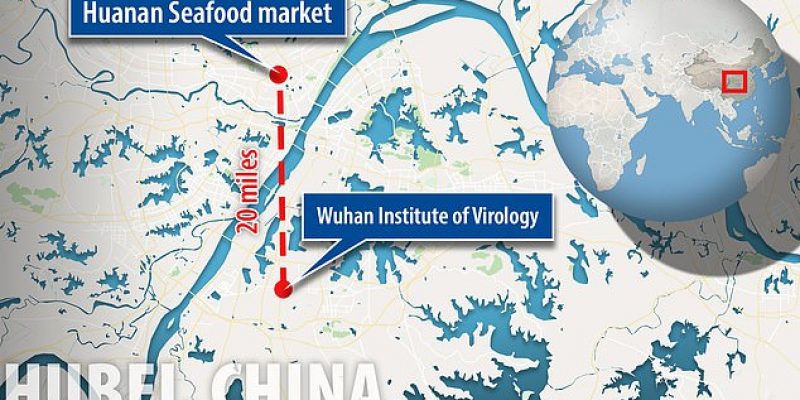 As COVID-19 continues to spread in America, U.S. Senator Ted Cruz (R-TX) has amplified calls for China to reveal what it knows about the origins of the deadly coronavirus.

“This raises obvious & serious Qs, which much of the media have ZERO interest in answering. Did the virus escape accidentally from a Chinese lab (that we know was studying bat coronaviruses near Wuhan animal market)? Why did the CCP cover up the outbreak?”

The first paragraph of the article reads,

“Chinese government researchers isolated more than 2,000 new viruses, including deadly bat coronaviruses, and carried out scientific work on them just three miles from a wild animal market identified as the epicenter of the COVID-19 pandemic.”

While I always found it intriguing that China’s sole bio-research facility just so happened to reside in Wuhan, the epicenter of the original outbreak, we can now add nearby “coronavirus research” to the list of suspicious circumstances.

Congressman Michael McCaul (R-TX) echoed Senator Cruz’s sentiments saying, “This is one of the worst cover-ups in human history, and now the world is facing a global pandemic.”

Only time will tell if the truth will be discovered but even if the outbreak origins are as the Chinese communists claim, they should have heeded the warnings of scientists in 2007.

I’m referring to a study published by the journal Clinical Microbiology Reviews which warned,

“[the] presence of a large reservoir of SARS-CoV-like viruses in horseshoe bats, together with the culture of eating exotic mammals in southern China, is a time bomb.”

The findings even mentioned “laboratories” as a possible source of origin:

“The possibility of the reemergence of Severe Acute Respiratory Syndrome (SARS) and other novel viruses from animals or laboratories and therefore the need for preparedness should not be ignored.”

Adding insult to injury, the Chinese Communist Party has been blaming the U.S. military for the outbreak by pushing the conspiracy theory that soldiers brought the contagion to China in October during the Military World Games.

Some western intelligence sources believe that China has downplayed its total number of COVID-19 cases by as much as 15 to 40 times.