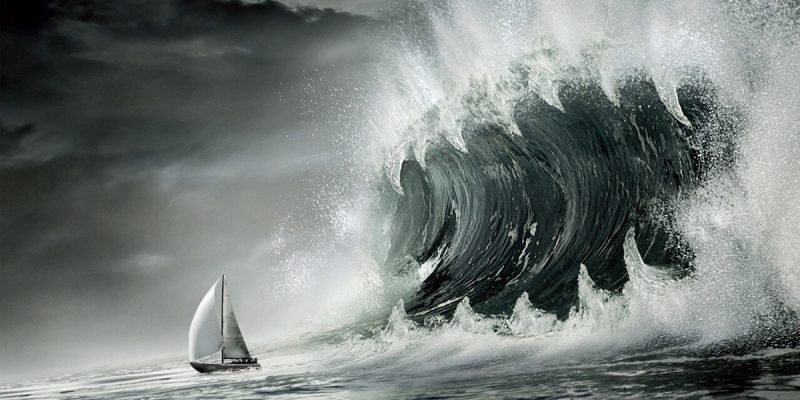 To say that as a small businessperson I am gravely concerned is an understatement.

When things go well there is a great joy to be had by being a small businessperson. Nothing is more satisfying than to be your own boss and to make a profit, no matter how small. But small businesspeople are like tiny ships upon a great sea. Every now and then those calm waves turn into ship killing monsters. And thus, it is today. In order to enjoy a calm economic sea, small businesspeople rely on a steady flow of paying customers and a cost structure that allows for a positive margin at the end of the day. When either or both go awry then the sea becomes a seething mass and the future foggy.

Thus, I shudder as I watch the politicians and other “experts” telling us that all we need is liquidity to ensure a bright future. And we can get that liquidity by giving small businesspeople sixty days of mainly payroll for their shuttered business, plus convince them to sign up for a bunch of debt. NO, that’s not the real world. Sixty days flies by and at the end the business may or may not still be closed. The business’ customers may or may not be buying and if they are at what level and how will they pay.

I pity the small businesspeople who somehow think that added debt is the way out of a dead economy. NO, that’s phony economics. That debt must be repaid plus interest. If the business couldn’t afford regular debt before the crisis, how could anyone think that they can afford added debt that produces no additional revenue or cost savings during a crisis.

Unfortunately, Louisiana and New Orleans are particularly poorly placed to expect anything other than the failure of many small businesses, and perhaps a bleak outlook for some years to come. In good times the state was blessed to have a vibrant energy sector and New Orleans a vibrant tourism sector. But of all business sectors tourism is likely to be the most impacted and last to recover. At the same time the energy sector may be greatly lost to us forever. In our state and city, the future looks very dim for small business and all the short-term money and new debt in the world will not change that. Only paying customers and low cost will bring back small businesses, and that takes time and a positive business climate.

For the good of the whole, government has caused an economic catastrophe of epic proportions. There are things that would help get the small business economy back, but short-term money is of little value and debt, if the business was marginal in the first place, debt only assures a shorter life.

Government at all levels could simply end all the rules and regulations that burden businesses and drive so many to failure. But that would take vision, leadership, and courage, something not often seen in government. Government could lower the tax burden so the cost element of a businesses economic structure would work better, but that would mean reducing the size of government and no leader has suggested that. Government could invest in infrastructure, instead of just giving out short term cash. At least that would produce long lasting improvements and promise better economic times ahead.

No, government’s feeble response will not help much. In the end nature will take its course. Much like Darwin suggested about nature, those businesses that have an edge in competitiveness and internal capital will survive and those who are marginal will fail. Sadly, the failure rate resulting from our well-intentioned stopping of the beating heart of our economy will be high. Worse a lot of people will be hurt. In the end the economy will right itself, in Louisiana and New Orleans, probably at a much lower level. Fewer jobs will be created, and wages will decline.

If government would just get out of the way and let the great American free market work, the time and damage could be mitigated. But expecting a calm sea in times of a tempest is nothing but folly.