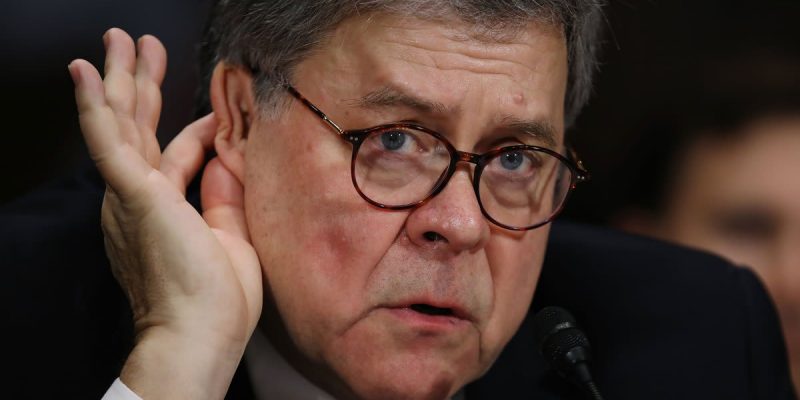 The United States’ top cop, Attorney General Bill Barr, called out the mainstream media yesterday in an interview with Laura Ingraham on Fox News saying that they appear to be waging “jihad” on Hydroxychloroquine.

It’s “quite strange”, said the two-time Attorney General of the media’s reaction to the coronavirus treatment touted by President Trump as a “game changer.”

Even today, the resistance continues despite the Federal Drug Administration (FDA) issuing an emergency approval of Hydroxychloroquine specifically to treat COVID-19.

“The politicization of decisions like hydroxychloroquine has been amazing to me. Before the president said anything about it, there was fair and balanced coverage of this very promising drug, and the fact that it had such a long track record that the risks were pretty well known, and as soon as he said something positive about it, the media’s been on a jihad to discredit the drug. It’s been quite strange.”

The New York Times first reported that the efficacy of Hydroxychloroquine was “unproven” but have kept up their attacks this week with the headline “Ignoring Expert Opinions, Trump Again Promotes…” and even more recently, they took a new line of attack by misleadingly claiming Trump has something to gain financially from the treatment.

The truth? The estimated value of President Trump’s assets that would be affected by the drug is less than $1,000. It’s an egregious act of yellow journalism by the far-left publication.

Similarly, MSN has published several articles downplaying the drug’s effectiveness and almost making fun of the President’s advocacy for it. And it doesn’t stop there, it seems like a coordinated effort as the same talking points are repeated throughout the mainstream media.

I agree with General Barr, it is quite strange. I alluded to this in my previous article about the Michigan State Rep. who credited the drug (and the President) with saving her life, the only thing that makes sense is that the corporations who own the biggest media networks have a lot to gain financially from the alternative to Hydroxychloroquine: mass vaccinations.