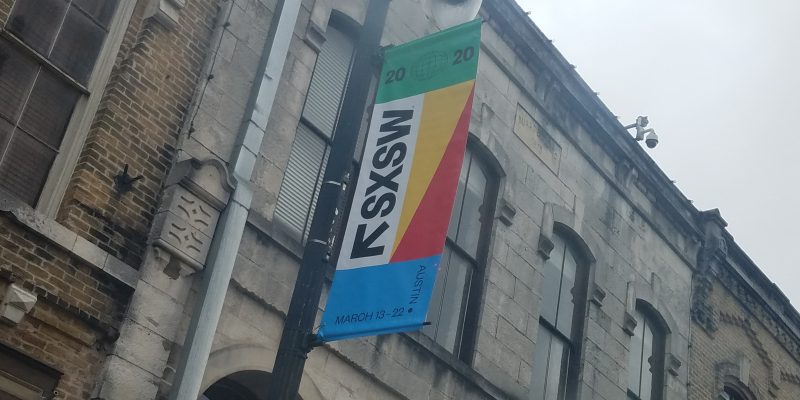 With SXSW already causing controversy for canceling the 2020 festival without issuing refunds, it should be as no surprise that SXSW is adding fuel to the fire when it was recently announced that it is going to be releasing many of the films that were selected for the 2020 film festival onto Amazon Prime streaming.

While on the surface this may seem like a good gesture to grant exposure to the filmmakers, the move stands dilute the intellectual property of the submitted work and could undermine the existence of the film festivals system as a whole.

The whole premise of a film festival is to showcase independent films in a theatrical environment to not only a limited public audience and critics, but also to distributors that are willing to purchase the distribution rights. Film festivals are portrayed as a way to filter out good movies from bad so distributors don’t waste their time sitting through bad content; however it has been widely reported that many festival programmers are not objective on the quality but are in fact biased on the content based on the political slant of the submitted work as well as the political leanings of the filmmakers, even going so far as with SXSW’s case bending over backwards for specific filmmakers like they often did for Lena Dunham.

It is ironic that one of the very festivals that portrays itself as one of the gatekeepers of any chance of a financially prudent distribution deal is now treating the very films submitted and “selectively chosen.” This is no better than someone dumping their intellectual property on YouTube just so people can watch it for free.

The Hollywood Reporter pointed this out April 9: All the filmmakers they interviewed were angered by the decision to screen the movies for free on Amazon Prime. The publication noted specifically that a 10-day widow is not to be considered being “distributed by Amazon,” and that the “screening fee” has not been defined. Many festival genre movies also do not lend themselves to repeat viewings, meaning the the value of the intellectual property is greatly diminished to the point that it lowers the chances of any potential distribution deal these films could have ever had.

Why would anyone pay for something when they could stream it for free on a legitimate service which goes against the whole premise of entering a movie in a festival in the first place under the 20th century model? It seems the only beneficiaries to this deal are SXSW which claims they need a bailout to prevent insolvency, and also Amazon that stand to get hundreds of hours of content practically for free.

Here’s another takeaway from the Hollywood Reporter article: every filmmaker would only grant the publication an interview would only do so if they were allowed to remain anonymous. For those that are wondering how secrets in the entertainment industry remain under-wraps for years, it’s because of the fear of being blackballed. Case in point: the decades of sexual abuse by Harvey Weinstein kept under wraps. It happens time and again to filmmakers, often times to the investors who more often than not get blamed for running out of money when in fact the investors were the ones being exploited, not only by the filmmakers claiming their personal expenses are “baked into the production budget” and internationally understating the cost of the production itself, but also by the festivals themselves.

Festival entry fees are the tip of the iceberg, and hardly any film gets into a festival without backdoor politicizing which costs money. Often times the festival promoters will make handshake deals claiming the films are in their festival as long as they get exclusivity (as in instruct filmmakers to pull their movies from another festival) as well as festivals demanding unadvertised secondary fees, only to not end up on the final program at the 11th hour.  These actions amount to fraud, but good luck getting any of these individuals prosecuted, especially if there wasn’t a paper trail. As stated above people keep their mouths shut for fear of being blackballed from the entertainment industry when in reality many of those fraud victims have already been burn-noticed with these actions.

This action of SXSW has shown that in the 21st Century the festival model itself is no longer relevant. If the end result is dumping these movies for free on the internet, which many of these filmmakers have worked on for years is the best solution SXSW can come up with, then what is the point of the festivals continued existence at all? If the filmmakers want “exposure” shouldn’t they have just either dumped it on YouTube and hope that enough views acquired that they can collect some pennies in monetization or on Patreon where people could actually pay to see their content? The reality is those platforms would not generate that much of an audience without marketing, but are more accessible than Amazon Prime. Most people now attend festivals to see the movies in groups so they can talk about it at bars, something that currently is not possible.

The 2020 SXSW movies that choose the Amazon showcase route  will have the stigma of being shown without distribution deals “for free to an unrestricted audience” which is mostly iPads and smartphones. But how may people are actually going to even watch? The risk of diluting the product is not worth the rewards, and the distributors are warning the filmmakers not to take SXSW and Amazon up on their offer. It can be likened to a band playing for free, or (worse) paying to play for “exposure” — thus having the reputation of being bottom-feeders that will follow them their entire careers.

At the end of the day, the organizers of SXSW have become the “smartest guys in the room” because this action of dumping the movies has completely undermined their continued justification for existence. If their solution goes against the entire reasoning to submit to a festival in the first place “with all the expenses related to it,” then why should they exist going forward?  SXSW’s actions seem to show no respect for their own content if these filmmakers entered the festival expecting their movie to premiere on the big screen but only to get dumped to a smartphone.

Why isn’t it becoming standard practice for filmmakers be allowed to go to distributors directly without the festival dog and pony show? Especially with these festivals having less and less sway of actually getting a film distributed  It’s already happening in the music industry where intellectual property has been so undermined that content creators are racing towards the bottom, and it should be no surprise that investors that have been burned in the past will not commit any more capital to new media investments. This is why SXSW Music is a shell of its former self.

It’s unfortunate that most in the entertainment industry do not speak up about this publicly. It makes one wonder how much longer this will boil-over before filmmakers and investors en masse are willing to speak up — and not behind the curtain, either. Only then will any real reforms happen.

Leland Freeman is  conservative filmmaker, investigative journalist, recording engineer, overprice artist, radio host, and commercial pilot based in Austin TX for nearly two decades.  He is a graduate of the University of Texas at Austin with a degree Radio-Television Film and has witnessed the dark side entertainment industry first hand is not afraid to talk about it because somebody has too.

Interested in more news from Texas? We've got you covered! See More Texas News
Previous Article LIVING THE STORY: Bishop Suggests New Way to Enter into Easter Miracle
Next Article At What Point Are We Allowed To Ask Whether JBE Likes This Shutdown?