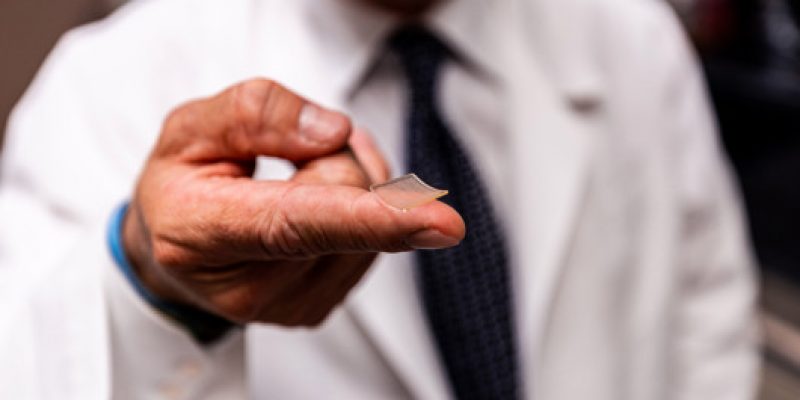 It may be a long shot, but who knows.

And maybe, just maybe, Bill Gates isn’t behind all of this.

Mere days after means for testing were dropping down to five and two minutes in the same day, it seems there is even more reason to hope that this Wuhan coronavirus will soon be behind us.

At this point, it is becoming clear that all we can do is pray and trust that the right people will do the right things, and do them quickly.

It is also abundantly clear that politics and money are and will continue to be involved in this developing drama, and that is rarely a good thing.

But here’s what’s coming out of the lab….

While Johnson & Johnson has stated it wants to start testing for a vaccine for the virus in September, scientists at the University of Pittsburgh School of Medicine say they may have found one already. The vaccine, tested on mice, produced the adequate number of antibodies thought to be enough to neutralize the virus within two weeks of getting vaccinated.

The study’s authors will now apply to the FDA for approval for PittCoVacc, as they’re calling it. This shouldn’t take long, given the quick turnaround the administration has given to new testing procedures in the past week.

“These two viruses, which are closely related to SARS-CoV-2, teach us that a particular protein, called a spike protein, is important for inducing immunity against the virus,” read a statement from co-senior author Andrea Gambotto, M.D., associate professor of surgery at the Pitt School of Medicine.

“We knew exactly where to fight this new virus.”

The researchers said they chose a patch—a “Band-Aid with needles”–instead of the traditional vaccine needle in order to deliver that spike protein to the skin, where the most potent immune reaction can be obtained. The needles are made up of sugar and protein, which will dissolve into the skin.

One potential hurdle is that testing in patients would “typically require at least a year and probably longer,” study co-author Louis Falo said.

But there is potentially good news as well.

“This particular situation is different from anything we’ve ever seen,” he added, “so we don’t know how long the clinical development process will take. Recently announced revisions to the normal processes suggest we may be able to advance this faster.”

Let’s hope so. Is this the breakthrough we’ve been praying for? Maybe, maybe not.

And even if it is, is there a conspiracy behind it?

Dark, confusing times, these are, almost like we’re little Yodas trying to seek out the Sith in a Star Wars movie. Who knows what to believe anymore….

Interested in more national news? We've got you covered! See More National News
Previous Article U.S. Chamber: More than half of U.S. small businesses to be closed within two weeks
Next Article TRUTH IS OUT: Revisiting the NOLA Woman Who “Died Before Virus Test Results”