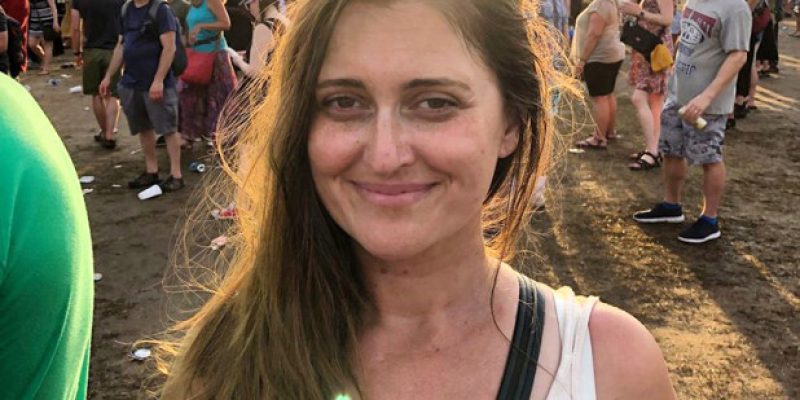 A New Orleans woman’s death weeks ago is still a mystery, most sadly to her friends and family.

Natasha Ott’s boyfriend Josh Anderson warned that the “government is ill-prepared for this pandemic in a way that has and will cost lives,” and this quote was run in articles across the country in response to her death.

Here was the article title on Nola.com:

This 39-year-old New Orleans woman tested for coronavirus. She died before getting her results.

She tested for coronavirus, and her results were delayed. Five days later, she was dead in her kitchen.

It turns out Ott, just one poster child of the liberal media, did not actually die of the Wuhan coronavirus.

As in, not even close.

But it doesn’t mean that the damage has not already been done, and stories like this are likely the reason why everyone is in a fiery frantic. This story was run by articles across the country and reposted time and time and time again on social media.

There are still people out there telling the story of the New Orleans woman who died because there weren’t enough test kits, because America was ill-prepared for this crisis, because, well, Trump is the worst President ever.

Still, and there always will be.

Here is just one of the thousands if not millions of examples from two weeks ago:

I Hope Trump, Pence & Co Are Abreast:
They Told Her She May Not Need The Test
According to Los Angeles Times and multiple media reports, a 39-year old Natasha Ott, of New Orleans, health worker died having waited for others b4 testing, and while her test result was on the way. pic.twitter.com/08hiufyN4y

With cold-like symptoms coming on in early March, Ott, a New Orleans social worker, went to CrescentCare, the medical clinic where she worked. Only a few tests were on hand, so she didn’t take one, since she was told that she was at low risk for the disease, and that someone else might need it more.

She would eventually take the test when the symptoms didn’t dissipate, and would die later that week. Her boyfriend found her dead in her kitchen.

And because Anderson said that his girlfriend was perfectly healthy, because he said that he believed it was the coronavirus that killed her, everyone ran with it.

Here is an excerpt from Nola.com on March 21:

Speaking in an interview Saturday, after [Anderson’s] social media post recounting Ott’s experience was shared hundreds of times, he said the dearth of tests shows how ill-equipped New Orleans is to handle a pandemic that has already claimed 16 lives and infected nearly 600 people across the state.

“She could have gotten a test last Friday, but they only had five tests, and she didn’t want to use one of them,” Anderson said.

Turns out she tested negative. And when her skeptical doctor insisted on another test, that test came back negative as well.

Of course the liberal media ran with the story long before any of that played out, and as a result, it has undoubtedly exacerbated the panic and the attacks on President Trump and his administration.

The exact reason for Ott’s death remains under investigation by the Coroner’s Office, an investigation that could take several weeks. But in the meantime, Americans are left to deal with the fear-induced ramifications of a poorly handled story. And by extension, it has become a political circus instead of a young woman’s sad, untimely death.

Every life is relevant. And in the midst of arguing politics and statistics, we would do well to think about that from time to time.

Rest in peace, Natasha. If you possibly can.

Interested in more national news? We've got you covered! See More National News
Previous Article TO HOPE OR NOT TO HOPE: Scientists Have Possibly Developed a Wuhan Vaccine, But…
Next Article CAN YOU HEAR ME NOW? Why Senator Tom Cotton is Owed Many Apologies