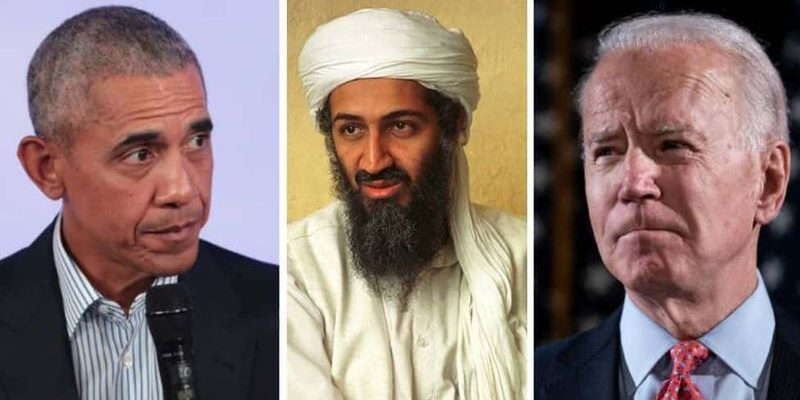 As multiple news outlets have reported, declassified documents obtained from Usama Bin Laden’s compound in Pakistan reveal that he ordered the planning of an assassination attempt on President Barack Obama.

Among Bin Laden’s motives? Making the “totally unprepared” Joe Biden, the 2020 Democrat nominee for President, the leader of the free world.

“The reason for concentrating on them is that Obama is the head of infidelity and killing him automatically will make [Vice President] Biden take over the presidency… Biden is totally unprepared for that post, which will lead the U.S. into a crisis. As for Petraeus, he is the man of the hour … and killing him would alter the war’s “path” in Afghanistan.”

Bin Laden wrote to a senior deputy asking, “Please ask brother Ilyas to send me the steps he has taken into that work.” “Brother Ilyas” was killed by a U.S. drone strike shortly after Bin Laden’s death.

Biden actually opposed the raid according to the New York Times. He is quoted as telling President Obama, “Mr. President, my suggestion is, don’t go. We have to do two more things to see if he’s there.” However, in 2015 Biden flip-flopped saying he said we “should go” but Obama himself confirmed Biden’s opposition in a 2012 presidential debate with Mitt Romney.

In May of 2011, SEAL Team Six famously executed Bin Laden during a near-perfectly executed raid on the terrorist leader’s compound in Pakistan despite having to land one helicopter inside the compound’s gates due to technical issues.

A related story that has also resurfaced thanks to a new Showtime documentary is the tragic fact that President Bill Clinton decided against a raid to take out Usama Bin Laden in the 1990s, long before the attack on 9/11. Clinton justifies his decision based on his concern for civilian casualties at the time.

According to Fox News, “The documentary’s director Greg Barker told The Daily Beast that at that point in time, the president, State Department, and other officials did not view bin Laden as much of a threat…”

Former CIA Terrorism Officer is quoted in the documentary saying,

Interested in more national news? We've got you covered! See More National News
Previous Article BIG BROTHER: Why “Snitch Line” is Straight from 1984, and How America Isn’t Having It
Next Article END THE SHUTDOWN: How Louisiana Can Pull Together to Keep the Pressure on Edwards