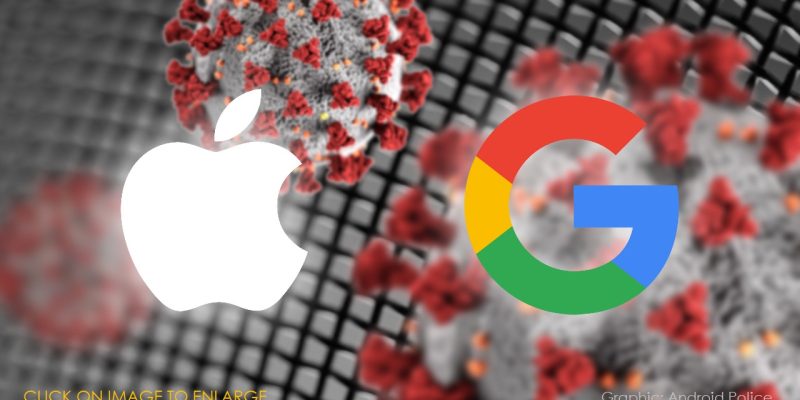 In the coming weeks and months, our country will see the unfolding of the Trump administration’s “Opening Up America Again” vision, a plan that inevitably will receive both disgust and praise, just as anything the President does always receives.

Logistics of some of the implementation or interpretation of much of that plan may be an issue, but it is doubtful there can be a clear-cut alternative. The question in the first place, though, is how much do we really want to be controlled in terms of policing things like who is at-risk and who isn’t, or what constitutes true safe social distancing measures and what doesn’t.

It seems Apple and Google are already getting in on the capitalization of many Americans’ fear and desire to know exactly who and what they are coming into contact with, in what could potentially be becoming a sort of new normal for society.

The companies announced last week a joint contact tracing system, using Bluetooth technology, that would help alert people who have been in close proximity to someone who tested positive for COVID-19.

Like ideas have been put forward by an MIT-associated effort called PACT as well as by several European groups.

The Apple/Google system would use Bluetooth to record one phone’s location in reference to another. Then, if one person test positive, the information could be used to alert people who were within Bluetooth range of that tested person.

President Trump weighed in on the new advancement, addressing both the mechanical and the legal.

“It’s an amazing thing, but a lot of people have some very big constitutional problems with it, you know that,” he said.

Trump added, “I don’t want to get into that because we have a whole constitutional thing. We have more of a constitutional problem than a mechanical problem, but we will be making a determination on that. That’s something we’re going to be discussing with a lot of people over the next four weeks. That would be a very accurate way of doing it. But a lot of people have a problem with it.”

The “problem” is that it’s one of those slippery slope issues that should put Americans on alert far before any tracking system does. Yes, on the surface, this could provide seemingly helpful public health benefits, but what Apple and Google are doing here is capitalizing on Americans’ fear and this brave new world we have suddenly found ourselves in.

Of course this isn’t the first time this capitalization has happened. It occurs all the time in fact, through things as undetected as a TV commercial.

But just because our society has long been numbed to the constant brainwashing of commercial America, it doesn’t mean we should even further relax our big picture thinking and the possible ramifications of a proposal like this. The new technology may be “amazing,” but as with every advent of new technology, we slip further and further into risking things like privacy, civil rights, and civil liberties.

We may be irrevocably beyond recovering any of these anyway with the speed of technology advances in the last half century, but it doesn’t mean we should give up our vigilance. The process of paying attention and the conversation itself, as futile as it may appear some times as we simply try to live a good life, may keep enough American eyes open to make sure more dangerous things are slipped under our noses, or more aptly, under our fingers.

Interested in more national news? We've got you covered! See More National News
Previous Article MARSH MAN MASSON: Even Better Than We Hoped In The Biloxi Marsh!
Next Article More than 22 million people have filed unemployment in last four weeks due to coronavirus shutdown