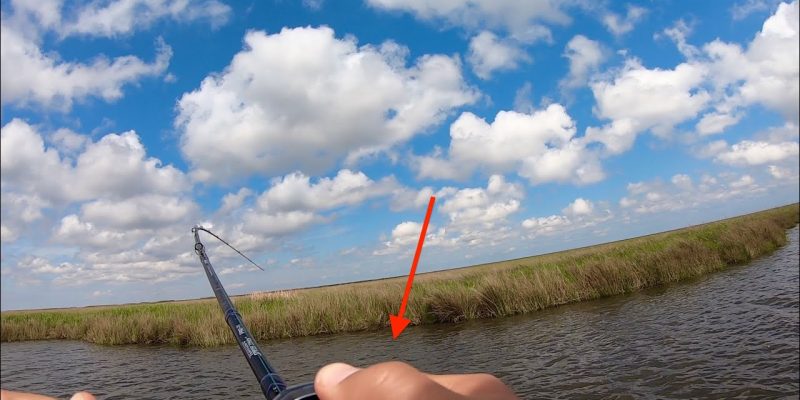 Anytime you pick up a pair of dice, you have less than a 3 percent chance of rolling two ones, or as it’s commonly called, snake eyes. But of course, it DOES happen, and usually at the worst possible moments. Just ask any regular at the craps tables in Vegas.

Veteran Slidell fishing guide Capt. Mike Gallo (aaofla.com) and I weren’t in the sands of Nevada last week, but figuratively, we walked up to the table, grabbed the bones, shook them and sent them down the felt.

Rather than settling for the sure thing — redfish that have been biting well much closer to Gallo’s dock — we took a really long boat ride to a patchwork of marshy and sandy islands outside the Biloxi Marsh hoping to run into some speckled trout big enough to rip drag and get landing nets wet. These islands are more commonly fished by Mississippi anglers, who make a shorter run there from Gulfport or Biloxi.

But, alas, when the dice quit bouncing at the other end of the table, they weren’t quite snake eyes, but they were closer to them than seven.

So with seas building from a 15 mph southeast wind, Gallo and I quickly transitioned to plan B, scooting inside the protection of the Biloxi Marsh, where we hit jackpot. At our first stop, a pond fed by several drains but only one significant bayou, the redfish were as thick as we’d hoped the trout would be.

Like the video? Please give it a thumbs-up, and subscribe to the Marsh Man Masson channel on YouTube. Also, leave a comment below or on the YouTube page. Are you finding speckled trout along beaches in outside waters yet? If so, are they generally larger than the trout you’re catching inside?

Interested in more news from Mississippi? We've got you covered! See More Mississippi News
Previous Article APPEL: The Story Behind The Story On Wednesday’s Committee Hearings
Next Article FINGER ON IT: Apple and Google Announce Possible Contact Tracing System