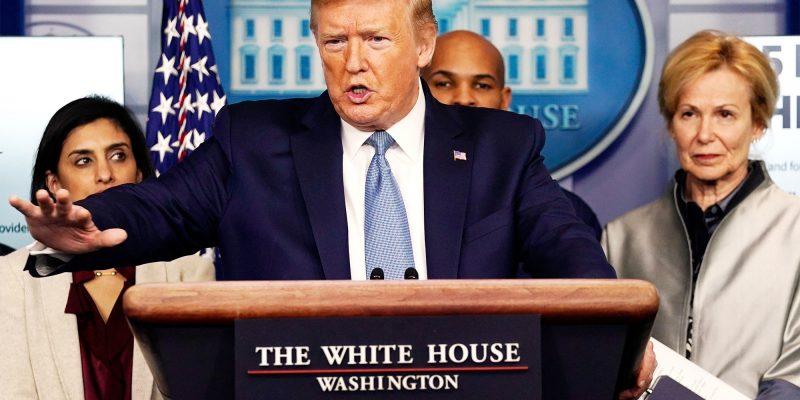 This morning I awoke to a message from a friend on Facebook saying that, while he supported Trump over Hillary, his support has “waned” due to his handling of the Coronavirus outbreak.

While I certainly do not claim to be a health expert, I have covered the COVID-19 outbreak and the President’s response from the beginning to now in dozens of separate articles so I’ve been sort of immersed in the daily updates.

The first thing I told my friend is that I was surprised to hear him say that because President Trump has done a great job which is why polling shows 60% of Americans support the job he is doing in responding to coronavirus.

Secondly, I told him that the President closed off our borders to Chinese travelers on January 31 which was well before the full severity of the virus was realized by anyone outside China. I am certain that this action, which Democrats criticized, saved thousands of American lives.

Thirdly, what were Democrats doing while the outbreak spread in its early stages? As the President pointed out in his letter sent to Chuck Schumer (D-NY) last night- they were continuing a partisan, baseless impeachment and wasting taxpayers’ time & money while doing nothing to investigate the outbreak much less help prepare for what was coming.

I must also note here that Democrat leaders were encouraging Americans to “go about their usual lives” in late January with House Speaker Nancy Pelosi telling Californians to go to Chinatown for dinner. New York City Mayor Bill de Blasio followed suit as late as February, even telling New Yorkers it was alright to visit their grandparents.

While the left tried labeling COVID-19 “Trumpvirus”, Governors across America were being put to the crisis management test with Governors Andrew Cuomo (D-NY) and Gavin Newsom (D-CA) repeatedly praising President Trump for his assistance and responsiveness.

Lastly, the President’s daily press briefings over the past two weeks have been nothing short of impressive with the Trump administration taking decisive actions on a daily basis to put the full force of both the government & private partners behind protecting the American people.

So while Nancy Pelosi claims Trump “fiddled” in the early stages, she is projecting. No matter what Trump does, some Democrats will continue to exploit an international crisis to score political points against the President because they put politics over people.

President Trump continues to prove that Americans were right to entrust him with leading the Nation through this unprecedented and difficult time which is also why his overall approval ratings are at all-time highs. But you wouldn’t know that by listening to the mainstream media.