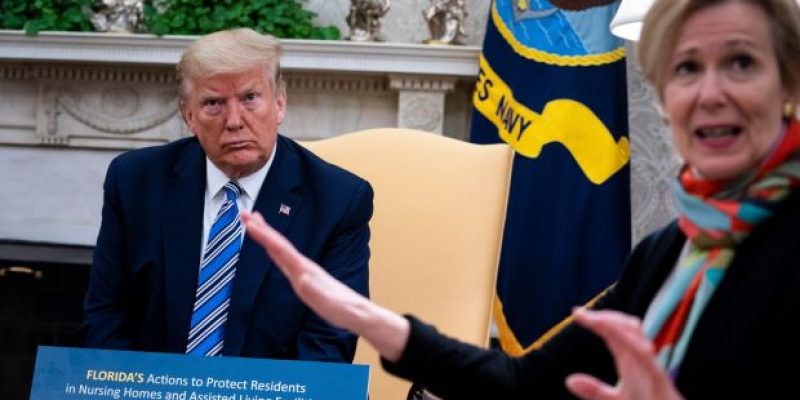 Two major news outlets have been forced to apologize for inaccurately reporting on President Trump’s finances and the success of COVID-19 testing in the United States.

Politico issued an editor’s note on Wednesday morning after publishing a false story entitled, “Trump owes tens of millions to the Bank of China – and the loan is due soon.”

Politico’s editor’s note reads in part, “Our commitment at POLITICO is to journalism that gets its facts straight. We regret we fell short in this case.”

President Trump used the opportunity to call out some of his other media critics tweeting,

“At least they admit it. The Failing @nytimes & @washingtonpost never correct their Fake Reporting!”

Yahoo News reporter Hunter Walker apologized after one of their reporters falsely accused President Trump of underperforming on COVID-19 testing during an Oval Office meeting. The reporter was corrected by Dr. Deborah Birx who explained that the United States is first in the world for testing by volume and per capita.

“Are you going to apologize, Yahoo? That’s why you’re Yahoo and nobody knows who the hell you are… Nobody knows who you are, including me. You ought to get your facts right.”

“In the Oval Office, I asked about test rates and infection rates compared to South Korea. President Trump and Dr. Birx said I was wrong that they’ve done more tests per capita. Trump said I should apologize. They did not address multiple questions about our higher infection rate….

We have passed South Korea in the number of tests conducted per capita. I misread the mobile version of this chart and am sorry about that @realDonaldTrump . Our infection rate is far higher though as I noted.”

This most recent clash with the mainstream media reinforces the President’s repeated claims of media bias and “fake news” against him and his administration.