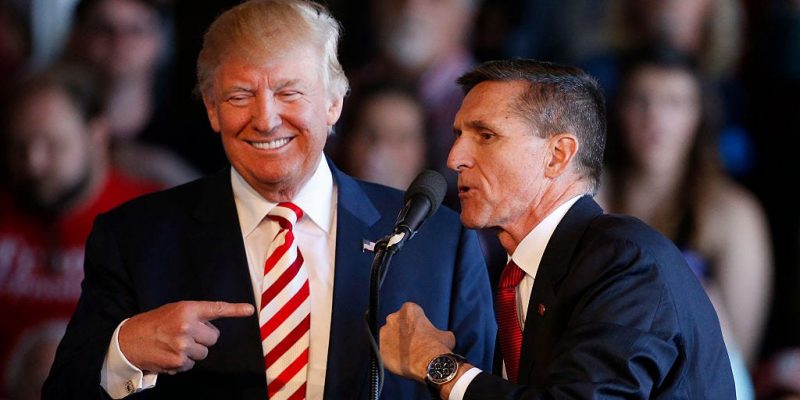 Handwritten notes from before the 2017 FBI interview with Michael Flynn at the White House prove the goal was to “get him to lie, so we can prosecute him or get him fired.”

Among the culprits is said to be former FBI Director James Comey, former Deputy Director Andrew McCabe, former FBI agent Peter Strzok, and former FBI lawyer Lisa Page. Their expressed goal was to trick General Flynn into admitting he violated the Logan Act, an outdated law which Fox News says has never been used in a prosecution before.

One of the handwritten notes reads in part,

“What is our goal? Truth/Admission or to get him to lie, so we can prosecute [Flynn] or get him fired?”

Leaked information indicates even before the interview in question, Gen. Michael Flynn had been the target of phone surveillance and was actually cleared on at least one accusation.

Andrew McCabe was already under intense scrutiny after admitting that he lied to federal investigators concerning a leak to the media related to the Hillary Clinton email investigation. The Inspector General for the Department of Justice has described McCabe as “lacking candor.”

Both McCabe and Page have sued the FBI and DOJ. Strzok, on the other hand, applied for reinstatement and was denied based on his inappropriate use of a personal phone for government business while having an extramarital affair with Page.

U.S. Attorney Jessie Liu has recommended filing charges against McCabe which has yet to come to fruition.

General Flynn posted the following celebratory video on Twitter after the revelation:

A self-proclaimed lifelong Democrat, Flynn was fired in 2014 by President Obama as Director of the Defense Intelligence Agency (DIA). In 2016, Flynn was hired by President Trump as National Security Adviser before resigning amid the corrupt FBI probe.