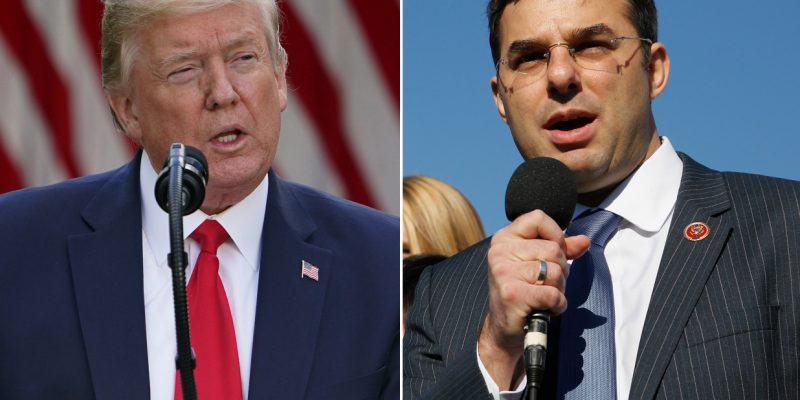 The Congressman who made headlines last year for being the only Republican to vote in favor of impeaching President Trump is launching an independent bid for the White House.

Amash has virtually no chance of winning, much less getting over 2-4% of the national vote, but his candidacy will have a limited impact on the outcome of the presidential election especially in his own swing state of Michigan.

“Today, I launched an exploratory committee to seek the @LPNational’s nomination for president of the United States. Americans are ready for practical approaches based in humility and trust of the people…

We’re ready for a presidency that will restore respect for our Constitution and bring people together. I’m excited and honored to be taking these first steps toward serving Americans of every background as president.”

“No, I think Amash would make a wonderful candidate, especially since he is way behind in his district and has no chance of maintaining his Congressional seat. He almost always votes for the Do Nothing Dems anyway. I like him even more than Jill Stein!”

Attached to the tweet was an op-ed penned by Trump’s former Republican challenger entitled, “Joe Walsh: You can’t win, Justin Amash. You can only help Trump get reelected.”

Former Arizona Governor Gary Johnson received just over 3% of the national vote for president in 2016, setting a new record for a Libertarian Party nominee.

On a personal note, I was a big supporter of Justin Amash before he lost his mind by deciding to betray President Trump and the Republican Party. In fact, I met him several times in Washington, D.C. and he unfriended me on Facebook after I wrote an op-ed entitled, “GOP Congressman Commits “Suicide By Trump”.”

In that op-ed, I predicted Amash leaving the Republican Party as well as losing his congressional seat in November. I think I speak for many Americans when I say, “Good riddance.”