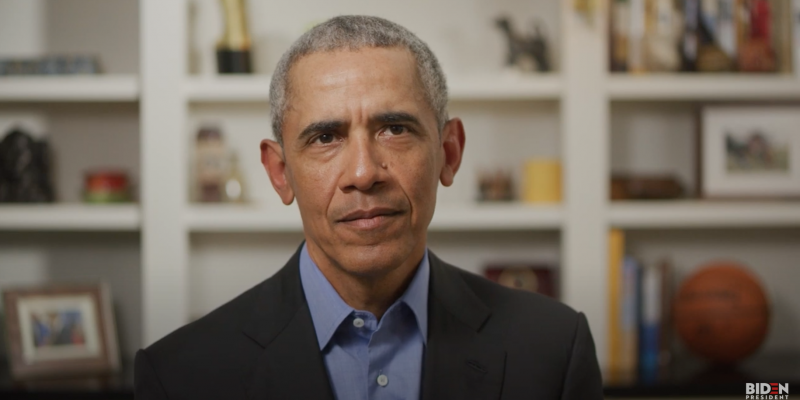 After months of speculation, President Barack Obama has finally endorsed his former Vice President Joe Biden in his bid for the White House.

In an excruciatingly long 12-minute endorsement, the 44th President says that making Biden his “vice president was one of the best decisions I ever made” and that he “has all the qualities we need in a president right now.”

Obama attempts to make Biden more relatable by talking about him losing his job half a century ago and coining the catchphrase “Joe gets stuff done.” He continued,

“Joe helped me manage H1N1 and prevent the Ebola pandemic from becoming the type of pandemic we’re seeing now… He helped me restore America’s standing and leadership in the world… Joe has the character and experience to guide us through one of our darkest times.”

Obama paid tribute to Bernie Sanders, who endorsed Biden yesterday saying, “Bernie’s an American original — a man who has devoted his life to giving voice to working people’s hopes, dreams, and frustrations.”

He tried to reassure Bernie’s socialist base saying, “Joe already has what is the most progressive platform of any major party nominee in modern history.”

“Barack — This endorsement means the world to Jill and me. We’re going to build on the progress we made together, and there’s no one I’d rather have standing by my side.”

There may have been only one thing he said that I can agree with: “Our country’s future hangs on this election.”

See the endorsement for yourself: