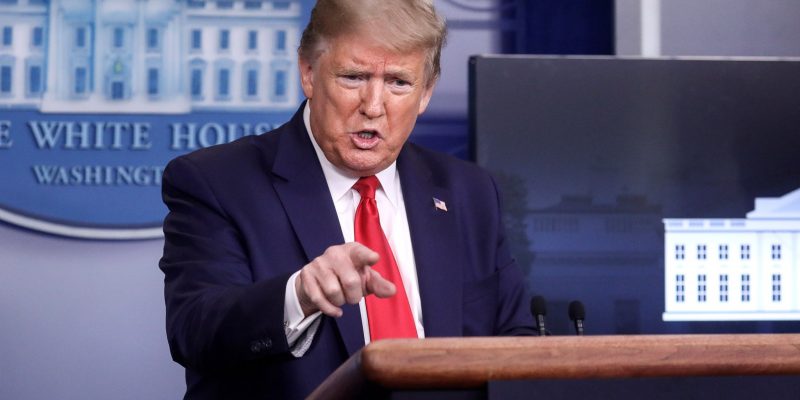 President Trump on Tuesday announced the suspension of U.S. funding for the World Health Organization (WHO) pending a review of their “failed” response to COVID-19.

The President accuses the WHO of “severely mismanaging and covering up the spread of the coronavirus”, calling their opposition to Chinese travel restrictions “disastrous.” In the early stages of the outbreak, the WHO called such bans “ineffective in most situations.”

“Had the WHO done its job to get medical experts into China to objectively assess the situation on the ground and to call out China’s lack of transparency, the outbreak could have been contained at its source with very little death.”

The President declared, “With the outbreak of the Covid-19 pandemic, we have deep concerns whether America’s generosity has been put to the best use possible.”

The move comes as no surprise after President Trump announced he was considering it and called the WHO “China centric” in a tweet last week writing,

“The W.H.O. really blew it. For some reason, funded largely by the United States, yet very China centric. We will be giving that a good look. Fortunately I rejected their advice on keeping our borders open to China early on. Why did they give us such a faulty recommendation?”

“The WHO has become a propaganda arm of the China Communist Party and is filled with CCP apologists. It has failed the world in this emergency.”

Adding insult to injury, the WHO has shown favor to China and even praised their response to the coronavirus outbreak. This despite the fact that the United States contributes considerably more money annually. As much as 15% of the 2019 budget came from the U.S., amounting to more than $400 million compared to China’s $40 million.

When a reporter recently asked President Trump why there are “no consequences for China”, he responded by saying “how do you know there’s no consequences?”