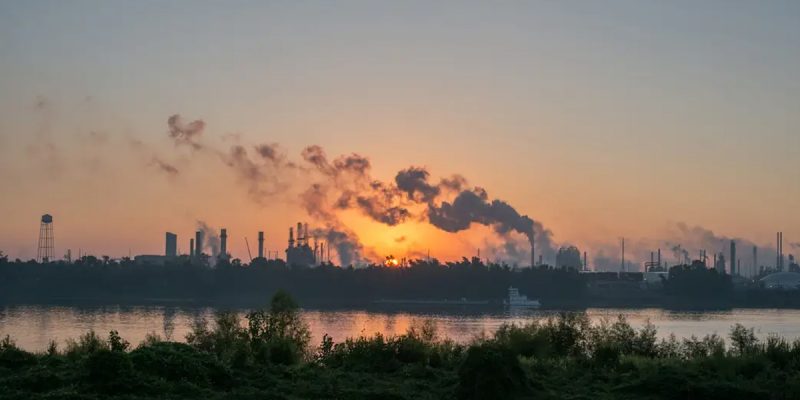 If Democrat Gov. John Bel Edwards is doing his utmost not to let a crisis go to waste, so are his ideological fellow travelers with their own leftist agenda focused on the environment and economy. We’re talking here about the new heyday of the “cancer alley” myth.

Bad timing with Carnival and bad policy by Edwards exacerbated the impact of the Wuhan coronavirus pandemic on Louisiana. As of today, the state continues to rank third in both infection ratio and mortality per capita, behind New York and New Jersey.

Worse, New Orleans and Jefferson Parish have become, outside of the New York counties in and surrounding New York City, the nation’s epicenter of the virus. An incredible 1 in 77 people are reported as infected in Orleans and Jefferson, although even more incredibly most of the New York City counties have an even lower ratio, led by the almost-surreal nearly 2.5 percent of Rockland County.

This weekend, that area’s mortality rate from the virus also surpassed that of Orleans, with the Bronx and Queen topping a death for every 1,000 people. But not far behind was St. John the Baptist Parish, which as of today had a mortality rate of 934 per million.

In fact, the parishes upriver from Orleans to East Baton Rouge – St. Charles, St. James, St. John the Baptist, Ascension, Iberville, and West Baton Rouge – had an infection ratio of 158:1, not much lower than New Jersey’s statewide one of 138:1, a death rate of 406 per million, second only to New York’s 517 among the states and in state Orleans/Jefferson’s 522, and had the highest mortality of those who caught the disease in the state and in the entire country except for New York City’s counties minus Staten Island.

Explaining this became an opportunity for the far left to forward the “Cancer Alley” myth: air pollution from industrial plants run by greedy capitalists who expanded their pocketbooks not just by locating near cheap land and labor but further exploited those poor by scrimping on environmental controls. In this instance, one wacko suggested that the St. John the Baptist numbers – as of today one in 77 infected with 7.2 percent of those dying – came as a result of the Denka Performance Elastometer plant, America’s only producer of neoprene, emissions from which past the 0.2 micron per cubic meter level the Environmental Protection Agency declared a decade ago elevated the risk of cancer.

Operating since 1969, as a result of the determination since 2016 the plant initiated expensive improvements, although not required to in order secure a state permit to operate, that dropped emissions an average of 86 percent. The average level measured in the latest round of measurements, for February, was 0.77 across six sites, with only one averaging below 0.2 for the month.

So, the plant is closer than in 2016, but still not below the EPA level that risks cancer. Supposedly, this failure, according to the wackos, just as it makes people more prone to cancer also leaves them more vulnerable to the virus, thus explaining the St. John the Baptist numbers.

There’s only one problem with this alleged causal chain: the incidence of and deaths from cancer in the 2012-16 period in St. John the Baptist Parish not only aren’t that much higher than the country’s as a whole, they are below the state’s averages.

One likely reason for higher averages is the proportion of blacks in the six. In four, the black population exceeds 40 percent, compared to the state figure of 32 percent, with St. John the Baptist leading the way at 56 percent. As it is, blacks are likelier to get, and die from, cancer than whites, driven by men (female racial differences are negligible). Further, blacks are more likely to suffer from diabetes and hypertension, and the gap grows for those with cancer. Notably, those two conditions make one much more susceptible to the virus, according to death data.

Next up (with kidney disease), obesity ranks third as an underlying condition of Louisianans who have died from the virus’ disease. Blacks also are significantly more likely to be obese.

In other words, overall cancer indicators reflect much more demographic factors than environmental for these parishes – in some instances, the same demographic factors that lead to more virus vulnerability. In fact, with just a three percent lower proportion of blacks in St. John the Baptist than in Orleans, it shouldn’t be surprising that Orleans’ incidence of 69:1 is just a bit higher than that in St. John the Baptist.

Don’t let the wackos blow sunshine up your skirt. The reason why virus incidence and mortality from it are so high in St. John the Baptist is because it has a population disproportionately more vulnerable to the disease, with these frailties not caused by pollution. Ignore their attempt to exploit the crisis for political gain.