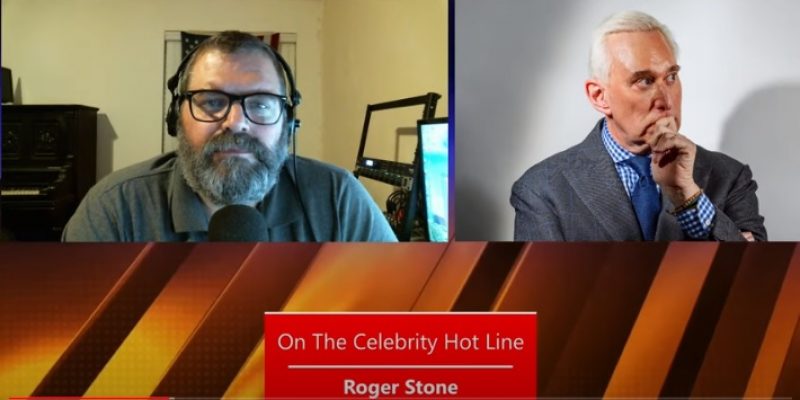 In April 2020 Roger Stone, Veteran Republican Strategist and decades long friend of President Donald Trump granted interviews to Independent media broadcasters On The Air With Mike Allen and The Bards of War. As of late Roger Stone has favored independent media voices often called “democratized journalists” who are willing to give the platform of long-form in depth interviews over the Main Stream Media’s short-form ”gatchya” type interviews that looking for the latest soundbites to hang their guests out to dry.

While as of the broadcasts Roger Stone was still barred from talking about anything regarding the Mueller Investigation by a Federal District Court Gag Order other than stating people can donate to Stone Defense Fund, Roger was allowed to talk about politics in general as well as his personal history. Mike Allen focused most of his questions on having topics presented on the Netflix Documentary, Get Me Roger Stone fleshed out by the man himself. His rise in politics under Presidents Nixon and Reagan, and how he got labeled as a “dirty trickster.” When Stone was asked during the show about his role in the Brooks Brothers Riot, Stone stated that he felt obligated to pay his dues in politics and that he organized the Brooks Brothers Riot as a favor to James Baker and not the Bush Family, in which Stone became a strong critic of. Stone addressed questions asked about being one of the first to publicly document Jeffery Epstein, Epstein’s connection to Harvey Weinstein, and the Clintons as well as Stone being one of the first whisleblowers on the NXIVM sex cult.

The Bards of War Podcast focused on more recent topics of How President Trump is dealing with the COVID-19 Outbreak. The forthcoming 2020 election describing how President Trump can beat Joe Biden. Stone pointed out the necessary pivot President Trump will need to perform by stating first “Trump’s campaign being overconfident has been thrown out the window.” He also pointed out that Trump was never a “politician” but a businessman first contrasting that with Joe Biden being a Washington Insider and questioning how Biden could become a multi-millionaire if his only job was being a public servant since age 29.

In both programs Stone openly displayed his support for President Trump who he was been friends with for almost four decades. Stone was also upbeat, and felt optimistic about the future. On Bards of War he stated that he is putting his faith with God and that in the past he strayed from religion after being raised a Roman Catholic, but has come full circle. He even addressed his critics complaints that Stone is being superficial about new found stance on religion, but Roger is admit that his religious convictions are not superficial and is willing to accept his path forward laid out by The Creator.  Stone the following week expanded on this during  Joe Piscopo’s radio program stating that “Praying is a big part of my daily ritual. You just put things in His hands and it takes a lot of pressure off you and you can see the path forward very clearly,” he continued.“Not going to Mass on Easter Sunday, that’s the first time in my life I missed Mass. I watched the pope. I’m not particularly crazy about this pope’s politics,”   He also went on to say that President Trump’s re-election was not a shoe in especially if the economy is “still in the toilet because of the pandemic.”  Roger even stated he felt that Bill Gates may have had a hand in creating the Corona Virus as a vehicle to try to force mandatory vaccinations and tagging people with microchips.

All in all Roger Stone is slowly getting his “voice” after what transpired to him in the past year.  One can only wonder what Stone has in store once his right to free speech is fully restored.