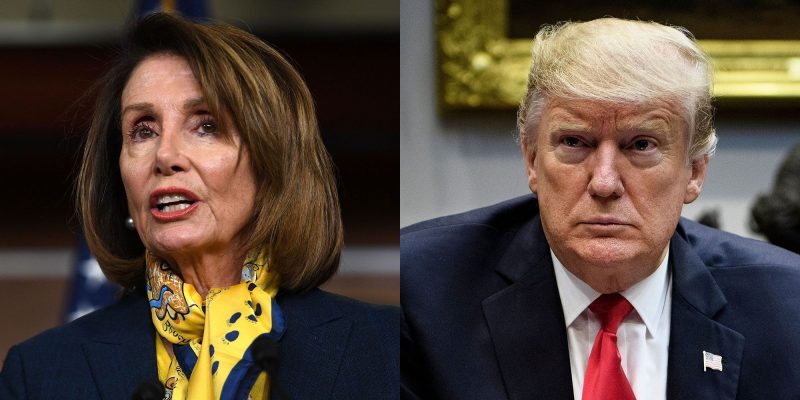 President Trump turned up the heat on Speaker Pelosi and Democrats in Congress this afternoon after the widely popular Paycheck Protection Program ran out of funds due to partisan gridlock.

Republicans on the hill have been calling for a “clean” bill to replenish the programs’ funds which are solely aimed at replacing the paychecks of employees of small businesses.

The President lashed out at House Speaker Nancy Pelosi this afternoon on Twitter:

“Democrats are blocking additional funding for the popular Paycheck Protection Program. They are killing American small businesses. Stop playing politics Dems! Support Refilling PPP NOW – it is out of funds!”

Senate Majority Leader Mitch McConnell summarized the dilemma in a tweet this morning:

“Republicans tried to pass more money for Americans’ paychecks last week. Democrats blocked it. Speaker Pelosi said she saw “no data as to why we need it.” She said “we have time to negotiate.

Democrats did nothing and now the program has shut down.”

Democrats seem determined to get something extra out of the deal with Senate Minority Leader Chuck Schumer tweeting that “Democrats are fighting for money for state & local governments.”

It is in times like these that the elite political class reveals just how out of touch they are with the average American family. Case in point was Pelosi’s recent appearance on a late night talk show in which she showed off her vast gourmet ice cream collection inside her two industrial refrigerators which are worth tens of thousands of dollars.

One thing is certain, we as a country cannot afford another massive $2 trillion spending bill to straddle on the backs of our children and grandchildren.

Either Republicans and Democrats need to come together to pass a clean bill to fund the Paycheck Protection Program or we need to begin re-opening our economy earlier than planned so that small businesses and their employees can make ends meet.

Shame on Speaker Pelosi, Senator Schumer and their allies for turning the most basic assistance during a mandated shutdown into a partisan negotiation over pet projects and wish list items.