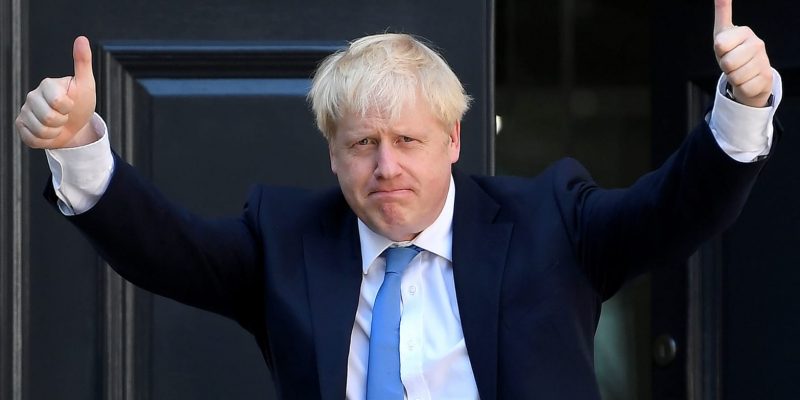 Ten days after being diagnosed with the coronavirus illness that is sweeping the globe, UK Prime Minister Boris Johnson has been moved into intensive care at the hospital where he has been since Sunday.

Johnson, 55, went in for routine testing but was checked in for professional care after exhibiting “persistent symptoms” for COVID-19. He is said to be conscious and not on a ventilator at St. Thomas’ Hospital in London.

The PM appeared in good spirits early Monday morning when he wrote the following,

“Last night, on the advice of my doctor, I went into hospital for some routine tests as I’m still experiencing coronavirus symptoms. I’m in good spirits and keeping in touch with my team, as we work together to fight this virus and keep everyone safe.”

U.S. President Donald Trump, who has been tested twice for coronavirus, expressed his support for the British Prime Minister in Monday’s COVID-19 press briefing saying,

“We’re very saddened to hear that he was taken into intensive care this afternoon… Americans are all praying for his recovery. He’s been a really good friend… Strong, resolute, doesn’t quit, doesn’t give up.”

Foreign Secretary Dominic Raab, who has been designated by Johnson as his successor should he become incapacitated, reassured Britons that the PM is still in charge.

The scary news comes just one day after Queen Elizabeth III gave what is just her fourth address to the UK, calling for national unity and resilience in the face of the pandemic.

The United Kingdom is the fifth most affected country by deaths with 5,000 lives lost but second only to Italy for mortality with a rate higher than 10%.

The Prime Minister recorded a video three days ago in which he says he is still suffering from a high fever, adding that he is working from home and asking citizens to stay home as well.

Another quick update from me on our campaign against #coronavirus.

You are saving lives by staying at home, so I urge you to stick with it this weekend, even if we do have some fine weather.#StayHomeSaveLives pic.twitter.com/4GHmJhxXQ0

British and American officials are said to be re-evaluating their relationship with China following the cover-up & disinformation campaign coming out of Beijing.

Boris Johnson overwhelmingly won election last year in a landslide victory which saw the Conservative Party winning 358 of 650 seats over the Labor Party.