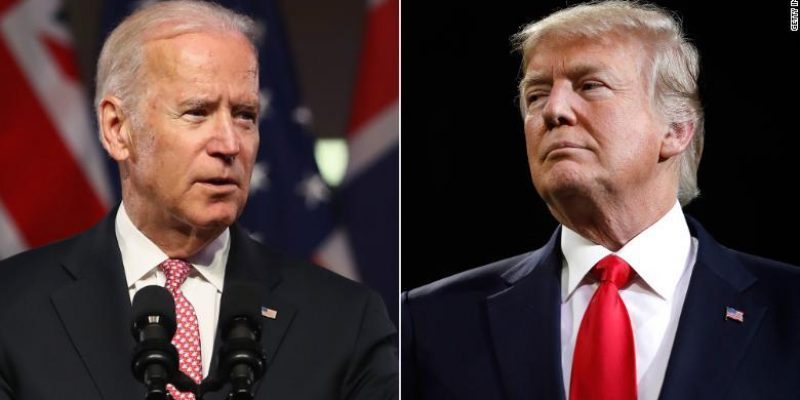 It is true—President Trump made some early mistakes in the treatment of this worldwide pandemic. His March claims about having foresight and perfection in dealing with this crisis are banking on the amnesia of the American public, just as much as what I will say about Joe Biden and Trump’s enemies later in this piece.

It is wrong and he needs to stop. I say this as a Trump supporter, because if my points about Biden and Trump’s enemies are going to hold any weight, I have to be fair about where my guy could have been better.

Yes, Trump was slow on this pandemic, but just as other governments across the world were. Just as the media and Democrats here were. People, except a very select few, were more concerned about destroying Trump (the latest round) with impeachment proceedings when this was all materializing.

The difference I see, and many see, with President Trump is that he and his team have done a 180 in recent weeks and have handled the situation as best as they possibly can, given all the things that have to be juggled and taken into consideration. He has had to make some very difficult decisions in the best interest of the American people, even though his prized economy (and the 2020 election) is hanging in the balance. Many of us are willing to give him the benefit of the doubt, because let’s face it—did anyone really think this situation would reach this point? Most of us don’t want a President who is going to incite fear into the American public with every potential little issue that arises. Plus you had China lying on crucial points, as Senator Tom Cotton pressed, which added to the uncertainty and hesitation in taking drastic measures that could potentially affect every single American life.

As it now has.

It is easy to criticize President Trump now, now that the nightmare has come to pass in broad daylight, but how many other issues are there, ones he has not moved on in his Presidency, potential nightmares we don’t know about, that were nixed because of the perfect, behind-the-scenes call on his part?

Even though that non-happening may have been very good for the country.

Even though that non-happening may have made Trump look like a star.

All of that said, even despite his early fumbles, there is one thing that Trump got right from the very start—his travel ban on China on January 31. In a sparkling decision that strangely stands out from his early hesitations, it remains a move that will end up saving thousands of American lives.

Not surprisingly, this decision at the end of January was criticized by many at the time as being one “driven by fear, misinformation, racism and xenophobia.”

Took a break to read back and see how the media covered Trump's 1/31 announcement barring entry into the U.S. from China and HOO BOY…

Many in the scientific community beclowned themselves because their hatred for Trump blinded them—and does to this day. pic.twitter.com/QjF8zfkCB0

Even Joe Biden got in on the attacks, giving this speech literally hours after the ban was put in place, and then going on the attack yet again the following day:

We are in the midst of a crisis with the coronavirus. We need to lead the way with science — not Donald Trump’s record of hysteria, xenophobia, and fear-mongering. He is the worst possible person to lead our country through a global health emergency.

Recent efforts to save face have been numerous and shameless, once again preying on the idea that Americans are just too stupid to know any better. In addition to the speech–with clear wording–given mere hours after the ban, what else would Biden have been talking about in the above February 1 tweet?

On top of this obvious whiff and vain attempt at a cover-up, Biden and his team are just now, in April, announcing support for the travel ban. But we all know it can’t end there. The political game is too important to simply admit a wrong and commend the President for a job well done. No, Biden, instead of doing that, is doing what even Trump, I admit, can do sometimes.

He is attempting to revise recent history.

Biden actually had the gall to criticize Trump’s “pace” in levying travel restrictions on China.

Biden just criticized the "pace" of the China travel restrictions.@RealDonaldTrump enacted them 1/31. Joe Biden then dragged his feet for two months, refusing to say if they were a good idea until 4/3 for political reasons.

Even as I write this piece, it astounds me, the utter arrogance and posturing of the American politician. While there is evidence that yes, the President could have moved on this crisis even sooner than he did, the January 31 date on which he did move clearly was far ahead of any of his critics, including Biden.

For Biden to act as though stricter Presidential action before January  31 would have been treated with anything other than hate and scorn from people like him is comical at best. His insistence on holding crowded events, in addition to his January 31 speech and February 1 tweet, illustrate clearly where he has stood for much of these last few months.

At every turn, it is a Herculean effort to find enough words in the English language to defy and destroy any of Trump’s credibility.

The truth? The mainstream media was more focused on covering the impeachment proceedings in January.

It’s as if, now, the impeachment of the President of the United States never even happened. It was always the coronavirus, don’t you know that?

Certainly Trump didn’t know. But we did.

But people like these two below average Joes, Biden and Scarborough, are in the business of revising history. That’s their role in this obnoxious drama, this unrelenting attempt at a full and unabridged demolition of the President of the United States. No one, not even those in the political and media worlds, could see this coming in early January. No one.

You watch, before long there will be critics saying Trump should have seen this coming on Christmas morning.

They’d even bring Christ back to Christmas for that.

Yes, President Trump has done it too. He has been the historical revisionist himself. But as the attacks against him mount, realize that the people who despise him are doing this for one reason and one reason only—it is their last chance before the election to destroy him, this American leader, who despite his many shortcomings, has always fought hard against the enemies of this country.

Especially those from within.