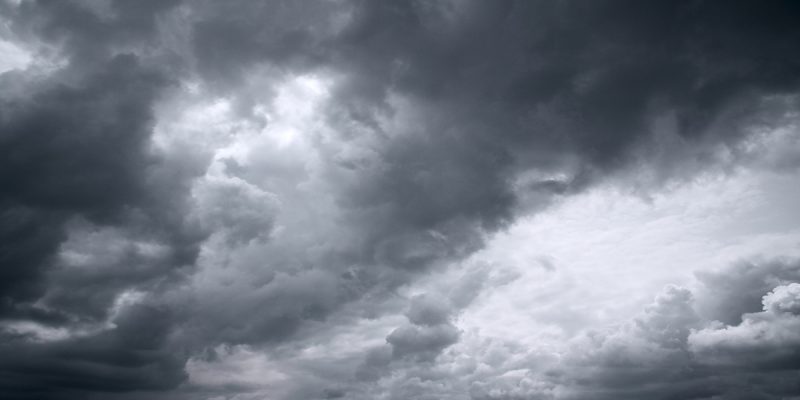 Isn’t it ironic that 20/20 is how we describe perfect vision but the year 2020 has made everything look so cloudy and uncertain?

I mean, what happened to everything we thought to be true? 2020 has shredded all that to pieces.

What once was up is now all down.

Don’t go hug grandma. Separation of church and state is now separation of people from their church. Stop your children from playing outside with the neighborhood children, they are much safer inside playing with their phones on the couch. Don’t shake someone’s hand and look them in the eye, instead give them an elbow bump while staying six feet away from them if possible (it’s not by the way).

Schools, family vacations, festivals, restaurants, gyms, movie theaters, the College World Series, March Madness, the Masters, the NBA, Nascar, Disneyworld and toilet paper all gone in the blink of an eye. Your 401k is either DOA or MIA.

Years from now, what will they see when they look back to 2020? A united, heroic, appropriate and successful response to a global pandemic that posed a unique risk to the viability of civilization as we know it? A government-led overreaction that bankrupted thousands and destroyed the modern economy? Both? Neither? Something else?

The truth is who the hell knows at this point, but one thing is for sure—economically, we have some serious work to do once this virus is whipped to get folks back to anywhere close to even.

The 2020 unemployment numbers are truly staggering. In January, before the COVID-19 response kicked off in earnest, the U.S. unemployment rate was 3.8 percent, while Louisiana’s was 5.7 percent. Since then, Hurricane Corona has walloped our economic shores with Category 5 force impact. More than 10% of American workers have filed for unemployment in the first month of this response. Louisiana’s unemployment claims are already more than double than what was filed during all of last year. We have never seen numbers like that in modern history.

Louisiana’s economy is especially vulnerable to this type of response due the hallmarks of our economic strength. We are a service-based economy. We depend on oil/gas, construction, manufacturing, hospitality, tourism, healthcare, agriculture and government for most of our jobs. So, how do those sectors look right now?

Hospitality and tourism have been shut down. In January, the U.S. Energy Information Administration (EIA) predicted oil would average $68 dollars a barrel in 2020. The price is in the low $20s today, with little prospects for a significant bump anytime soon. Manufacturing continues to operate, but global demand for non-response items has dropped considerably, forcing many of them to hold off on major capital projects and turnarounds … which has led to major losses in construction. Government will see much of the revenue and taxes they depend on drop considerably. Health care has been forced to shelve profitable elective procedures to prioritize COVID-19 response, leading to millions in unbudgeted costs and revenue cuts.

The point is not to be a bummer, but instead, to put us all on high alert for the next mission that will quickly be at hand: Louisiana’s economy will need to be rebuilt from the ground up and redesigned into something much different for long-term viability.

Well, in the short term, we must help those existing businesses stay alive any way we can. That means access to capital and letting them keep more of their own money. This can be done this legislative session by ideas like suspending limitations on NOL carryback and other harmful business taxes from the last few years like the expansion of franchise tax to small businesses. Short-term relief will also require suspending regulations and licenses that create unnecessary costs or barriers to marketplace entry. People need to keep capital any way they can and start a new business with ease. As many of these suspensions that can turn into permanent new policy, the better.

In the medium-term, we need to pass a budget that provides critical services but is as efficient and innovative as possible. The Legislature must also doggedly pursue smart policy like legal reform to protect those good Samaritans who have stepped up in the last few months and maximize all efforts to pass the Talbot bill to lower auto insurance rates by limiting frivolous lawsuits and allowing more evidence in courts. The Louisiana political establishment’s historic fear to tackle tort reform needs to get quarantined for good this year. There is no excuse on this … none … especially not now.

In the long-term, Louisiana needs historic, systemic change. It’s time to rewrite that Constitution inspired by Huey in the ’20s and expanded by Edwin the ’70s, and instead adopt a more market-driven model. It makes sense to embrace common sense reforms like centralized collection, innovative reforms like unfettered school choice, lower taxes on small business, effective workforce training for all workers and an all-out, Apollo mission-type effort to attract big job creators and investors to our state.

Defeating COVID-19 and fixing 2020 will require a team effort. It’s time to dream big. Getting back to “normal” is way too timid of a goal. We need 20/20 vision for something much bigger to salvage the second half of 2020.