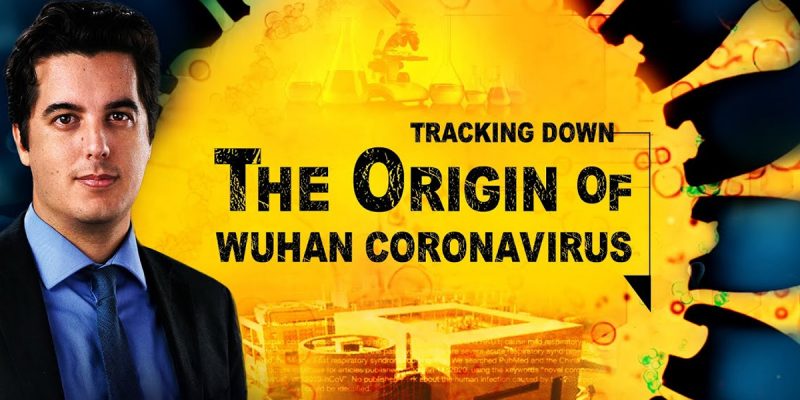 People who’ve shared this YouTube video, which is a documentary expose’ on the Wuhan virus and its origins put on by The Epoch Times and its investigative reporter Joshua Philipp, have noticed something very interesting about their social media posts – particularly on Facebook.

They’ve had their posts flagged as containing “false information.”

In the documentary, in which Philipp investigates the scientific data surrounding the virus and interviews top scientists and national security experts about its origins, the theory isn’t just explored but favored that the virus came from a laboratory at the Wuhan Institute of Virology.

Nothing is proven yet, and because it isn’t it’s very interesting, and more than a little suspicious, that Facebook would be attempting to censor content examining the virus’ origins.

After all, the virus’ origin has been a very hot topic of conversation this week – and it certainly appears that the direction of much of the analysis is trending toward the conclusions, or at least suspicions, that Philipp and The Epoch Times have reached.

CNN has one report along those lines. The Daily Mail picked up an AP story with a similar direction. Forbes has a similar piece. So does Fox News.

Asked about that subject yesterday, the President had a very, very interesting reaction…

He said little, but what he did say told us a lot – namely, that the U.S. government thinks that lab in Wuhan is where this virus came from and the government certainly isn’t happy about the situation.

And yet Facebook is trying to keep people from spreading information about the virus’ origins in a Chinese lab which could very well be – and more than likely is – a bioweapons lab.

Facebook will begin to alert users after they’ve been exposed to misinformation about the coronavirus, the company announced Thursday, the latest in a series of actions meant to curtail the spread of wrong or misleading claims related to the pandemic.

Users who have liked, commented on or reacted to coronavirus misinformation that has been flagged as “harmful” by Facebook and removed will now be directed to a website debunking coronavirus myths from the World Health Organization.

The announcement came in a blog post written by Guy Rosen, Facebook’s vice president of integrity.

“We want to connect people who may have interacted with harmful misinformation about the virus with the truth from authoritative sources in case they see or hear these claims again off of Facebook,” Rosen wrote.

The new alert will not identify the specific post containing harmful misinformation, according to a Facebook spokesperson, who said the company was relying on research that shows repeated exposure — even in fact checks — can sometimes reinforce misinformed beliefs.

It isn’t a great look that Facebook is forcing its users to the WHO, which has just been cut off from its U.S. funding due to the outrage over its own misinformation about the virus’ spread back in January and its clear bias in favor of the Chinese Communist Party line. The WHO won’t even accept Taiwan as an independent country, which is in and of itself a marker the organization isn’t a particular truth-teller.

Given all of that, we see no reason why Facebook should be banning The Epoch Times’ investigative report, which has been viewed more than 2.3 million times since its release nine days ago. Much of what’s in this report checks out with more recent news reporting, and its background information about the Chinese scientists who were working on bat coronaviruses is a matter of public record, regardless of the wide-ranging cover-up the CCP has been trying to engage in.

Everyone should watch it, whether Facebook agrees or not.

Interested in more national news? We've got you covered! See More National News
Previous Article WAGUESPACK: 2020 Vision Doesn’t Turn Out To Be What We Thought
Next Article Report: Strings attached in COVID-19 legislation are detrimental to states