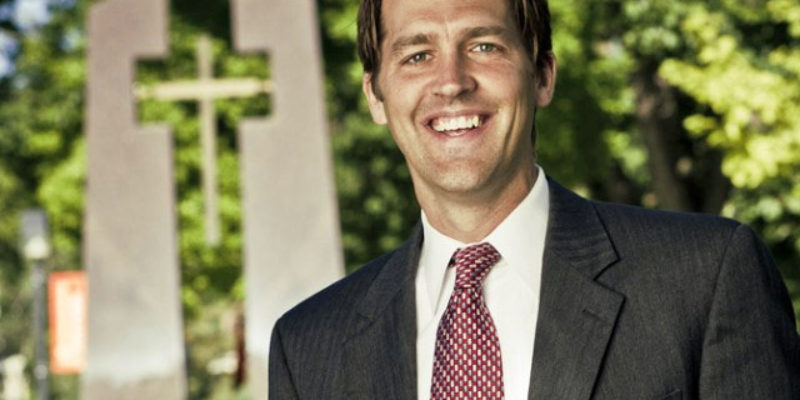 One of the things that’s been really revealed in the COVID-19 crisis is the fact that bureaucratic red tape is the single biggest threat to our society in times of crisis. It wasn’t until that red tape was cut that many of the life-saving policies put in place by President Donald Trump could be enacted.

It wasn’t all the red tape, but it was enough to make a difference. One bit of federal regulation that has survived is the 340B program.

The program itself allows poorer patients access to cheaper drugs, and keeps rural health care providers open and providing essential care. The problem is that workers are required to make federally-mandated “eligibility determinations” to see if a patient qualifies under the program.

The pharmaceutical companies do not like the program because it eats into their profits. Nebraska Senator Ben Sasse, however, wants to take the program a step further, and to do that, he introduced the Relief for Rural Providers During Emergencies Act. The legislation pauses eligibility determinations for the 340B drug discount program for fiscal years 2020 and 2021. Essentially, he is aiming to shelve the federally-mandated paperwork while this emergency is ongoing.

This would be incredibly beneficial to states like ours, with a lot of rural hospitals that rely on this program to stay afloat and provide essential care. If there is a major outbreak of another disease or a rebound in COVID-19, then it is a terrible idea to bog busy doctors and nurses down with more federal paperwork.

Along with Sasse’s bill, there is also a concurrent movement in the House to attempt the same thing.

Meanwhile, on the House side of Congress, more than 120 representatives signed a letter to House and Senate party leaders asking them to include in the next COVID-19 relief bill the same protection for 340B hospitals. The House passed a relief bill, the HEROES Act, 208-199 on May 15 but it excluded the eligibility protection for 340B hospitals. The bill is expected to stall in the Senate and President Trump has said he will veto it.

The House members’ letter seeking protection for 340B hospitals also asked that the hospitals be allowed to buy covered outpatient drugs through group purchasing organizations during the pandemic. Sasse’s bill does not address the 340B hospital GPO exclusion. Early in the pandemic, Rep. Brian Higgins (D-N.Y.) called on the Health Resources and Services Administration to suspend audits of covered entities. No bill to address this matter has been introduced.

The pharmaceutical companies have a lot of lobbyists in Congress, and they will likely be very against this, but it’s a good idea that we should want to see move forward.