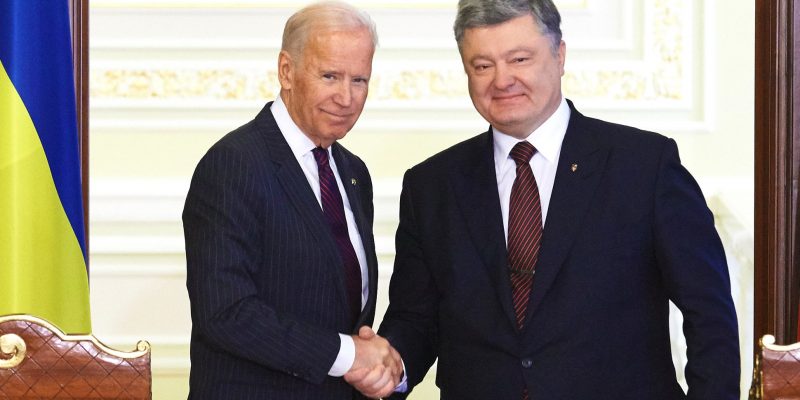 A Ukrainian lawmaker has leaked the audio of a phone call between then-Vice President Joe Biden and former Ukraine President Petro Poroshenko which appears to confirm that a quid pro quo existed.

Biden can be heard in the recording saying, “I am prepared to do a public signing of the commitment for the billion dollars.”

Poroshenko responds that he asked the prosecutor in question, Viktor Shokin, to resign despite having no evidence of him “doing anything wrong.”

Biden replies, “I’m a man of my word. Now that the new prosecutor general’s in place, we’re ready to move forward in signing that new one billion dollar loan guarantee.”

Listen to the damning audio for yourself:

In footage from a 2016 panel hosted by the Council on Foreign Relations, Joe Biden appeared to brag about using his power as Vice President to get Shokin fired with the threat of withholding one billion dollars in U.S. loan guarantees from Ukraine.

Watch the one minute clip for yourself below:

Making matters worse, some say Biden’s targeting of Ukrainian prosecutor Viktor Shokin was intended to disrupt a corruption investigation into the energy company Burisma for which Biden’s son Hunter Biden served as a board member.

As we reported last year, Hunter Biden appears to have greatly benefited financially from his position on the board of Burisma, or more likely from being his father’s son, as he was paid more than the rest of the board despite his lack of any relevant qualifications.