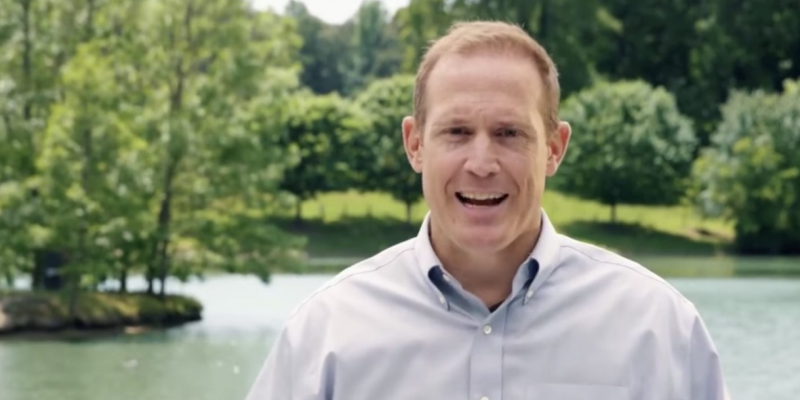 U.S. Reps. Ted Budd, R-North Carolina, and Ken Buck, R-Colorado, introduced the Getting Americans Back to Work Act to amend a portion of the CARES Act, which resulted in some unemployed filers receiving higher wages through unemployment compensation than through their previous jobs.

The bill caps the amount an individual can receive from unemployment insurance at 100 percent of their previous wages.

The CARES Act provides an additional $600 per week in federal funds toward the amount filers receive in unemployment benefits from states. The CARES Act Pandemic Unemployment Assistance (PUA) program also provides assistance for those previously not covered by traditional unemployment insurance, including the self-employed, contractors, gig economy workers and others.

More than 36 million U.S. workers have filed for unemployment over the past two months, according to U.S. Department of Labor data.

“At a time when our unemployment rate has surged to its highest point since the Great Depression, businesses across the nation are struggling to hire workers because many individuals are receiving more money through unemployment insurance than they earned when they were working,” Budd said in a statement. “We must do everything in our power to eliminate this perverse incentive. We have to get our fellow citizens back into the workforce as soon as possible.”

According to a new paper published by the National Bureau of Economic Research (NBER), 42 percent of recent layoffs due to the coronavirus response in the U.S. will result in permanent job losses.

The researchers found that only 3 new hires were made in the U.S. for every 10 people who were laid off as a result of state executive orders shutting down the economy, and “estimate that 42 percent of recent layoffs will result in permanent job loss.”

“A record number of Americans have lost their jobs because of this nationwide shutdown and we need to do everything we can to encourage people to safely return to their places of work,” Buck said.

The $3 trillion TRACE Act proposed by Democrats would, among other things, extend the $600 a week in additional unemployment insurance benefits through January 2021, six months longer than authorized under the CARES Act.

Interested in more national news? We've got you covered! See More National News
Previous Article A Proposal Being Pushed By Ben Sasse Would Benefit Louisiana Hospitals
Next Article So How Many Restaurants Will JBE End Up Killing?