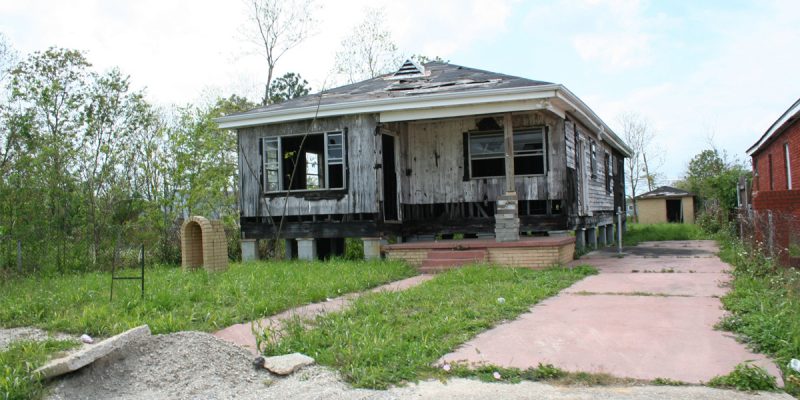 Everyone knows that even before COVID-19 struck our state ranked at the bottom among states in GDP growth. That is not news, but most people probably have no idea what that means to their pocketbook.

In highly simplified terms state GDP represents all economic output of a state. More often than a GDP number in dollars what is quoted is the GDP percentage growth number, the growth (or decline) of output from one period to another. By comparing GDP percentage growth, we can see how our state is doing against others for the same defined period.

A high ranking in GDP growth translates into more income, more job opportunities, and a better chance at promotion. It’s that simple, when GDP growth is low, as it has been the case in Louisiana for a long time, then the chance for an improved quality of life for average citizens is not likely.

OK, enough with the technical stuff, we already know that our state’s economy is at best lethargic, but how do we correct that? There are a pair of immutable laws of business that must be understood and adhered in order to positively impact GDP growth. First, business exists to make a profit. And second, business survives and grows by keeping as much profit as possible for its shareholders.

That’s it, succeed with these two principles and the state booms, poverty declines, and people have far more income to enjoy. Ignore them as we have done for so long and we continue to languish in economic malaise.

So, if it is so simple then why have we not just enacted policies that align with those two principles and become more prosperous? The answer is all about political power.

For a hundred years, politicians in Louisiana have maintained their power by using the twin tactics of fear and jealousy to convince voters that only they can protect the people from undefined outside forces. The message is if you don’t empower me to protect you, someone else will get rich at your expense, or they will take what little you have. That message is invariably linked to veiled threats that not doing so will cause undue harm. Remember when we were told that if we did not raise taxes old folks would be thrown out of their nursing homes, or that LSU football would be cancelled? Fear and jealousy at their best, politics Louisiana style.

Governors have enjoyed this power because it is enshrined as a most basic concept in Louisiana’s Constitution. In most states substantial political power and funding is local in nature, thereby diluting the power of the state’s executive. In Louisiana, power is centralized in and funding flows from the state capital under the direct control and influence of the governor. In terms of pure political supremacy, this structure assures that Louisiana governors are some of the most powerful in the nation. And because governors are reluctant to cede their power, they rarely if ever support reforms that would help the state become more prosperous.

This structure in and of itself would not be so bad if it were used to benefit the people. Unfortunately, history demonstrates that those whom we have granted it to have not left a positive legacy, one that was beneficial to our people. In states that are more well-off than ours, governors traditionally adhere to policies that tend to be focused on success in global terms. In Louisiana governors’ focus is primarily to perpetuate a personal power base irrespective of the impact upon the state. In other words, as other states follow the “rising tide lifts all ships” theory of government, we in Louisiana follow the “a chicken in every pot, paid for by the man behind the tree” theory.

Our historical trait of governance is in total violation of the two fundamental principles of business. Therefore, business responds by gravitating to other states taking along its prosperity producing jobs, as we remain mired in last place in GDP growth.

The proof of my words could not be more obvious. Take for example auto manufacturing. When Detroit collapsed those jobs moved south. Great jobs, but none in Louisiana. They went to virtually every other southern state, but none here. And did our governors make any effort to reform our state to make it more appealing to auto manufacturers so that our people could command better wages and benefits? We know that answer.

Over the next four years Louisiana will have to live with a governor in John Bel Edwards that is the personification of our discredited Louisiana model of government. Because his policies violate the twin principles of business growth, we should not expect any economic improvement for Louisiana’s citizens. And worse, because of the recession brought on by COVID-19 and the oil crisis, his policies and his expected vetoes of reform will dramatically hurt Louisiana’s recovery.

But as we look forward to the end of Governor Edwards’ term, we can hope that he is the last in our long line of governors whose proclivities ordain that we endure perpetually low GDP growth. In a better world we will see arise a leader who understands the roots of that sad fact and is courageous enough to undertake to change it. A leader who values business principles that will advance our people; a leader whose political mindset is not just to imitate the past to protect his own power or ambition.

In effect we have only two alternatives, we enthusiastically accept those twin principles of business and change the abysmal quality of life in our state, or we continue down the same path, empowering a few politicians while emasculating the prosperity of the whole.

Four years is not so very long to wait.

Interested in more news from Louisiana? We've got you covered! See More Louisiana News
Previous Article MARSH MAN MASSON: HUGE Fish Jumps In Our Boat — Literally!
Next Article What This Neurosurgeon Says About that Face Mask They’re Telling Us to Wear