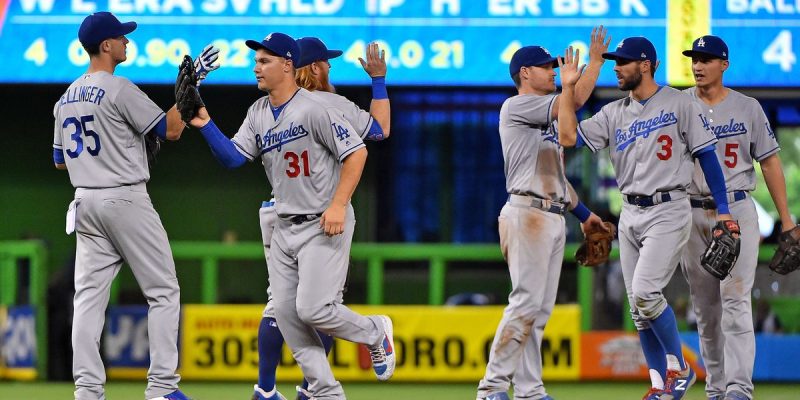 Louisiana spent decades chasing a Major League Baseball franchise, though state and local leaders failed to come up with much beyond some exhibition games and minor league teams that have passed through the Crescent City.

Is it possible for the New Orleans area to at least serve as a foster home for a Major League Baseball team in the COVID-19 impacted 2020 season?

Los Angeles County is maintaining their lockdown for three months, which means the Dodgers might have to find an alternative place to play, even in an empty stadium.

And it’s very likely that the Dodgers won’t be the only team looking for a temporary home, as other large cities wrestling with the Corinavirus pandemic on an even greater scale than the New Orleans area might not allow major sporting events to take place in their jurisdictions for the foreseeable future.

Talk of moving teams to Arizona to play in the peak of summer makes no sense while also considering that all of the Cactus League spring training sites are in Maricopa County, with some of them are shared by two teams.  Not to mention that the location of some of these baseball stadiums are less than ideal.

Over in Florida’s Grapefruit League, the towns that host spring training might prove to be too small to handle an operational exile.

While New Orleans no longer ranks as one of the nation’s largest cities, the metropolitan area, specifically Metairie,  offers more amenities and logistical support than say Dunedin or Lakeland.

East Jefferson has a vacant baseball stadium and the old New Orleans International Airport terminal is a straight-shot 4 mile/ 8 minute drive from the Shrine on Airline.

And both are also in the immediate vicinity of several seriously under-utilized hotels, where the players would be able to dodge the hassle and infection risk of being sequestered in the midst of a big city and a team can set up  satellite offices.

Also Zephyrs Stadium has a fairly easy to secure footprint, to ensure the players would be sequestered from the general public.

The biggest rub on the local end is the current condition of the field, which was refitted for the Nola Gold Rugby team and is in very poor shape according to someone very familiar with the stadium.

But with a projected opening day not until early July, an accelerated rehabilitation of the baseball field might be possible and as it’s not likely there will be fans allowed in any baseball stadium this season, the small capacity and badly needed comprehensive renovation of the stadium might not be roadblocks.

Inviting a major league team in dire need of temporary confines with a friendly state and local government should be explored.

And it’s not unprecedented.

There was a good deal of talk about parking the Houston Astros in the Louisiana Superdome for a month while the Astrodome was being prepped for the 1992 Republican National Conversation.

Unfortunately it was decided that the team would be sent on a seemingly endless road trip, to this Astros fan’s tremendous disappointment.

Hosting a franchise would spur overdue stadium renovations and build enthusiasm for baseball in the New Orleans area, especially in light of the demoralizing and shameful Baby Cakes branding/exit fiasco.

While New Orleans will never be home to a major league baseball team, it wouldn’t be bad thing for the area to at least serve as an “airbnb” for some wandering franchise.

Interested in more news from Louisiana? We've got you covered! See More Louisiana News
Previous Article VIDEO: Scott Ballard Shows Everybody How To Give Legislative Testimony
Next Article Boy, They Sure Stole A Lot Of Money At The NOLA Convention Center, Huh?