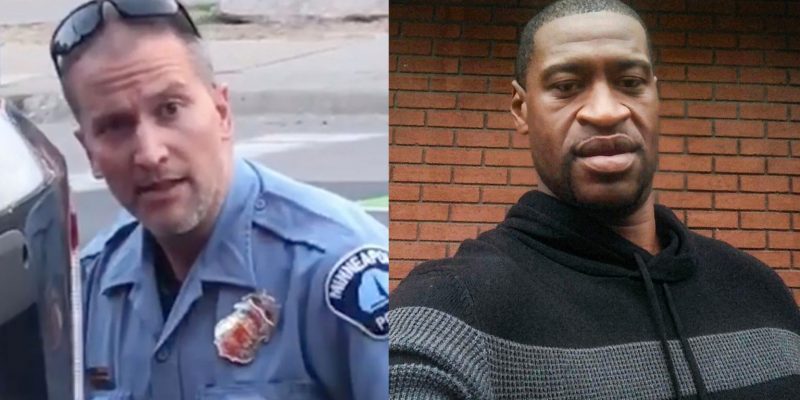 Former Minneapolis police officer Derek Chauvin has been arrested for the murder of George Floyd as protests and riots continue to sweep the city.

Minneapolis was ablaze last night as misguided looters and rioters unleashed their anger over the appalling killing of Floyd, even setting fire to a police station after it had been evacuated.

“I can’t stand back & watch this happen to a great American City, Minneapolis. A total lack of leadership. Either the very weak Radical Left Mayor, Jacob Frey, get his act together and bring the City under control, or I will send in the National Guard & get the job done right…..

….These THUGS are dishonoring the memory of George Floyd, and I won’t let that happen. Just spoke to Governor Tim Walz and told him that the Military is with him all the way. Any difficulty and we will assume control but, when the looting starts, the shooting starts. Thank you!”

The second part is what got the president “in trouble” with the mainstream media who claims that it amounts to a veiled threat against the rioters. Twitter even “flagged” it for violating their “community standards” which seem to be selectively applied.

Other leftist media personalities have taken offense to the president’s use of the term “THUGS” but conservatives were quick to point out that President Obama used the exact same word when riots broke out in Boston.

Governor Tim Waltz called up the Minnesota National Guard but it is unclear whether they were either unable to arrive in time to secure the city or were told to stand down.

President Trump called for calm in announcing today that the situation is under control tweeting, “The National Guard has arrived on the scene. They are in Minneapolis and fully prepared. George Floyd will not have died in vain. Respect his memory!!!”

Mayor Jacob Frey held a late-night press conference in which he was asked by a reporter to respond to the president’s tweet. Unfortunately for him, he appeared weak as he tried to respond in-kind to Trump and establish command amid the chaos.

Vice presidential contender Sen. Amy Klobuchar has been exposed for having not pressed charges against the same officer for the killing of another man who happened to be Native American. She is no longer considered to be a strong candidate to be Biden’s running mate.