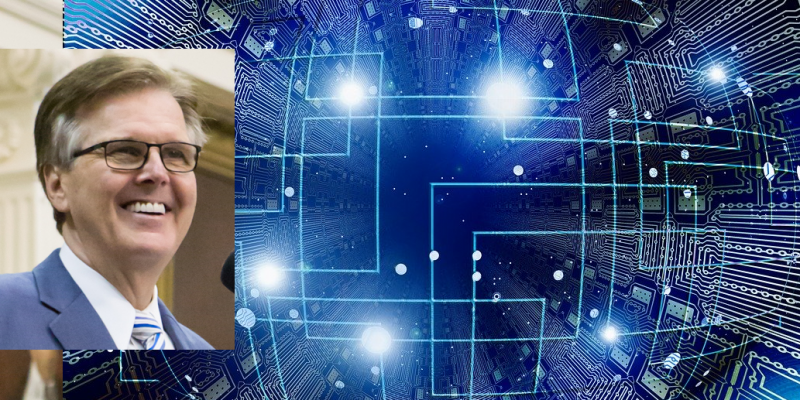 While it’s not outside the norm for a Governor to declare millions in relief following a hurricane or other natural disaster, the expenditure of hundreds of millions for contact tracing in Texas has drawn a few skeptics.

The most prominent of them is reportedly Lt. Gov. Dan Patrick, who according to Texas capitol observer blog Quorum Report, is none to happy with the nearly $300 million spent without legislative approval.

We’re told that during a tele-townhall with grassroots activists, Patrick said he and senators were not consulted, added that contracts should not be awarded that way

Lt. Gov. Dan Patrick on Thursday told grassroots conservative activists that he is not pleased with the way a contact tracing contract was awarded and said it should not be handled in the way it was, according to folks who were on his afternoon tele-townhall. We were not on the call, respecting the fact that it was intended for Republican voters and activists

Apparently, Patrick did not go as far as Rep. James White, R-Hillister [in East Texas], who told the Houston Chronicle that Gov. Greg Abbott should call a special session so that there can be legislative oversight. However, Patrick is said to have told activists that if something like this had been contemplated during a legislative session it could have been reviewed by lawmakers which would be appropriate.

Gov. Abbott spent a large part of this week answering critics of his plan to award a lesser-known North Texas company, MTX Group, a $295 million contract.

The Governor’s office said the expenditure is paid for via federal funds.

According to a published report, via the Houston Chronicle, the company had about 200 employees as of late last year, most of whom are in India. The Chronicle took a closer look into situation here.

Rep. Tom Oliverson, a Houston-area Republican, said the governor fielded questions Tuesday and reiterated that the program will be voluntary and with regard to personal privacy. Abbott reportedly said the company has the experience to oversee a contact tracing program in Texas.

Contact tracing is the process of identifying persons who may have come into contact with an infected person, and then investigating the details into how those other persons may have potentially spread a pathogen such as the coronavirus which causes COVID-19 symptoms. It has been heavily criticized by both conservatives and liberal civil rights activists.

Interested in more news from Texas? We've got you covered! See More Texas News
Previous Article Twitter And The Other Big Tech Giants Did It To Themselves
Next Article BREAKING: Derek Chauvin Arrested for Murder of George Floyd Following Overnight Riots