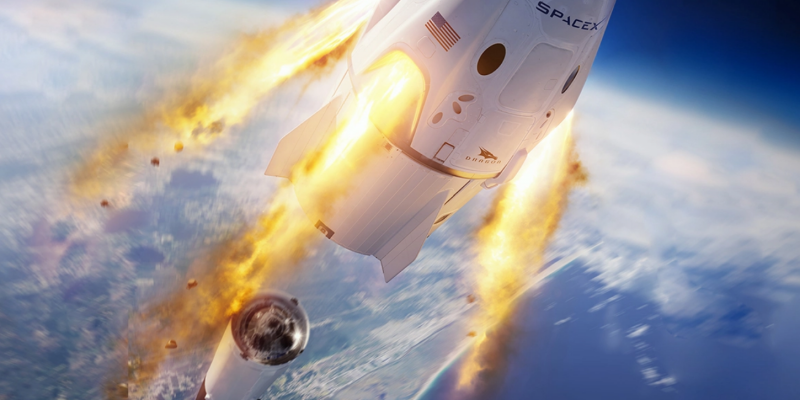 SpaceX is scheduled to launch a Falcon 9 Block 5 rocket as part of the SpX-DM2 (Demonstration Mission 2) mission from Launch Complex 39A, Kennedy Space Center, Florida.

The status of the launch is GREEN with a 50% chance for favorable weather conditions, according to SpaceX.

You can watch the launch online.

“A new era of human spaceflight is set to begin as American astronauts once again launch on an American rocket from American soil. The Demo-2 mission is the second test flight of Crew Dragon, and the first flight with crew onboard. It will carry NASA astronauts Robert Behnken and Douglas Hurley to the International Space Station for an extended stay (the specific mission duration will be determined once on station based on the readiness of the next commercial crew launch). They will perform tests on Crew Dragon in addition to conducting research and other tasks with the space station crew. As the final flight test for SpaceX, this mission will validate the company’s crew transportation system, including the launch pad, rocket, spacecraft, and operational capabilities. This also will be the first time NASA astronauts will test the spacecraft systems in orbit. The Demo-2 mission will be the final major step before NASA’s Commercial Crew Program certifies Crew Dragon for operational, long-duration missions to the space station.”

The SpaceX Falcon 9 rocket was largely designed and built in Florida.

Weather forecasters have said there is a 40 percent chance for “acceptable” launch conditions in Florida.

The decision to launch or not could be made seconds before blast-off. If SpaceX doesn’t launch Wednesday, it is scheduled to launch on a Saturday.

SpaceX will have two recovery ships deployed and NASA will have two cargo planes ready to take off with additional planes in New York and the U.K. ready to assist if the capsule lands in the Atlantic.

Learn more about the rocket and mission here.