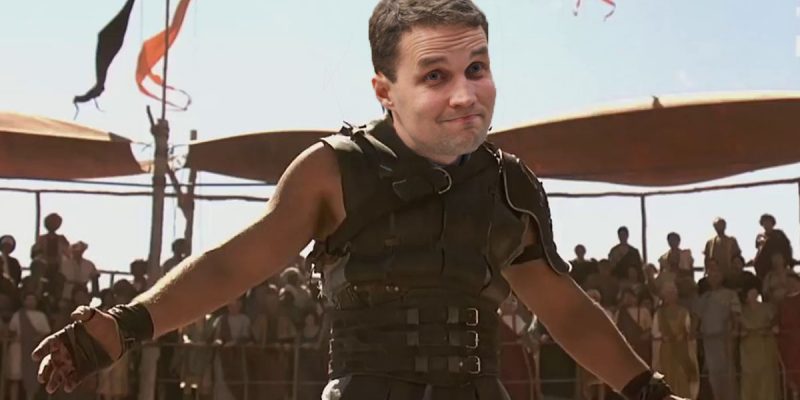 It’s already time for that, of course, tempered by a level of grief that Will Wade’s Tigers were finally about to put their full team together for a postseason run when the COVID-19 shutdowns descended over the college basketball world and shut down both the SEC Tournament and NCAA Tournament. In LSU’s last game, senior wing Marlon Taylor absolutely went off on Georgia, scoring a career-high 30 points and serving notice that he had elevated his play to star level.

With Taylor, Skylar Mays, Jevonte Smart and Trendon Watford all playing at a high level going into the postseason and Darius Days and Emmitt Williams giving LSU a good post presence and occasional star-level play, all the Tigers needed was a healthy Charles Manning – which they might have gotten in the NCAA Tournament, as he was possibly capable of returning to action in the latter part of March – and they would have been a dangerous postseason team.

But it’s very clear that the 2019-20 season was just a taste of what’s coming for Wade’s program. LSU’s incoming recruiting class is a monster, and it’s about to become Godzilla if the rumors are true about the addition Wade is pursuing.

That being this guy…

Moussa Cisse is a 6-11, 220-pound behemoth from the West African nation of Guinea but is currently enrolled at Lausanne Collegiate School in Memphis. Until today he was rated as one of the top 10 high school prospects in the lass of 2021, ranking as the No. 8 player in the country and top-rated center per ESPN’s rankings and No. 8 nationally and the third-rated center by 247 Sports.

Until today, that is. Today, Cisse announced he’s going to skip his senior year and go ahead and finish up his graduation requirements this summer. That would mean he’s going to enroll in college this fall and play this season.

Moussa Cisse, the No. 8 prospect in the ESPN Class of 2021, has elected to graduate from high school a year early and reclassify to 2020, he told ESPN on Wednesday.

Cisse will be eligible to enroll in college this summer, and he will have the option to enter the 2021 NBA draft in April.

“I’ve decided to reclassify to the 2020 class,” Cisse told ESPN. “I will get my high school diploma as soon as I finish the last two core classes I need to qualify, which should happen next week.”

The 6-foot-11 Cisse told ESPN he will commit to one of six finalists: Kentucky, LSU, Florida State, Georgia, Memphis or Georgetown. He said he intends on announcing where he will attend college sometime next week, after he receives his high school diploma. Because of the coronavirus pandemic, he was able to take only one official visit to Florida State, but he did make unofficial visits to Memphis and Kentucky.

“I am trying to find the best way to the NBA,” Cisse told ESPN. “I want to see how my college career will go, but if I do well, I will definitely try to make a move to the NBA. Unfortunately, I wasn’t able to compete at the Basketball Without Borders Global Camp scrimmages because of Tennessee rules. I was invited to the Nike Hoop Summit, which was canceled, and I missed playing in the EYBL again this summer, so I will try to catch up with what I lost in college and make sure NBA teams learn more about me. I have a lot of work to do.”

Those eye-popping rapid-fire highlights indicate pretty clearly what some lucky school is getting in Cisse. This past season he put up gaudy numbers – 18.4 points, 15.3 rebounds and 9.2 blocks per game while winning a state championship and being named Tennessee’s Mr. Basketball DII-A. Last summer in the Nike EYBL summer league, Cisse averaged a ridiculous 4.5 blocks per game, which led the league (he was a sophomore, remember; he was playing against kids a year older), and he finished second in the EYBL with 11.3 rebounds per game.

Those numbers are what you might expect from a kid with a 9-foot-4 standing reach and a 7-foot-4 wingspan.

Five different analysts at 247 Sports just predicted LSU will land Cisse. The rumor mill has it that while he’s making his commitment public next week, LSU’s coaches already believe he’s a done deal to be a Tiger.

Bear in mind that Wade’s incoming recruiting class is already ranked in the top five. With Cisse it’s in the top two or three, easily.

The group of new Tigers already has a five-star player in 6-3 guard Cameron Thomas, who is one of the most prolific scorers, if not the most prolific scorer, in the entire 2020 class. Another Top 100 recruit, 6-6 wing Mwani Wilkinson, is one of the most athletic players in the whole class and a lock-down defender who can play the 2, 3 or 4 positions. Then there’s former Louisiana Mr. Basketball Jalen Cook, who averaged 29.9 points a game as a senior but didn’t match his achievements as a junior when he was the Class 5A MVP and led his team to the state title; the 6-0 Cook is possibly the most underrated point guard in the whole class.

If Cook isn’t, then Atlanta prospect Eric Gaines, a rail-thin 6-3 combo guard might be. Gaines is a long-armed defensive stud and a masterful ball handler who just needs 15 or 20 pounds before he becomes a legitimate NBA prospect. He’s been compared to Memphis Grizzlies rookie Ja Morant. But Wade didn’t stop there, adding a couple of frontline players of a more developmental nature in 6-11 shotblocker Josh Gray and 6-8, 250-pound bruiser Bradley Ezewiro.

And on top of that, the incoming class includes a pair of transfers who might be eligible. Josh LeBlanc, a Baton Rouge product who transferred in from Georgetown over the Christmas break, will be eligible no later than December, and when the 6-7 sophomore forward gets on the court he might be LSU’s best defensive player according to Wade. And more recently, LSU added 6-10 forward Shareef O’Neal, the son of all-time Tiger great Shaquille O’Neal, as a transfer from UCLA. O’Neal might have to sit out the 2020-21 season unless the NCAA gives him a waiver, but there is some sentiment that he’ll get one. If he does, he could be a real x-factor on LSU’s roster – a 6-10 rebounding machine with the ability to block shots but also with a nice inside-outside game. O’Neal only averaged 2.3 points per game in a truncated season at UCLA, but that had to do with his being in recovery mode from heart surgery the previous year which forced him to redshirt the 2018-19 season. Wade has said those numbers aren’t an indication of his talent; O’Neal was a Top 30 national recruit out of high school.

Then add Cisse on top of that haul? You’re literally looking at the most loaded roster Tiger basketball has ever gone into a season with.

The question is who’s not going to be on the team. LSU would seem to have 14 players if Cisse joins in. He would make nine incoming recruits, with Cook, Gaines, Thomas, Wilkinson, LeBlanc, O’Neal, Ezewiro and Gray being the other eight. And LSU has five returning players expected on the roster with Watford, Days, Smart, Manning and Aundre Hyatt. Williams signed with a non-approved agent, so he’s exhausted his collegiate eligibility. But Watford, Days and Smart, who decided to test the NBA draft waters, are all expected to make their way back.

A couple of possibilities exist as to how the roster would shake out. Hyatt might transfer, O’Neal, if he’s not eligible this year, might pay his own way (you’d think Shaq could afford it if he wanted to), Watford might decide to stay in the draft though there’s a consensus that he would really help himself by playing as a sophomore, or it’s even possible that Gray, who is committed but hasn’t publicly signed, might not end up at LSU.

But without predicting which of those scenarios might play out, assuming all 14 are on the roster, LSU could look something like this when the season starts in November…

…and off the bench…

That team could literally go 12-deep with SEC-caliber players, with six or seven legitimate top-level college starters. And to have experience like Smart, Days, Manning and Watford leading the way would really make Wade’s team one of the best basketball squads LSU has ever had.