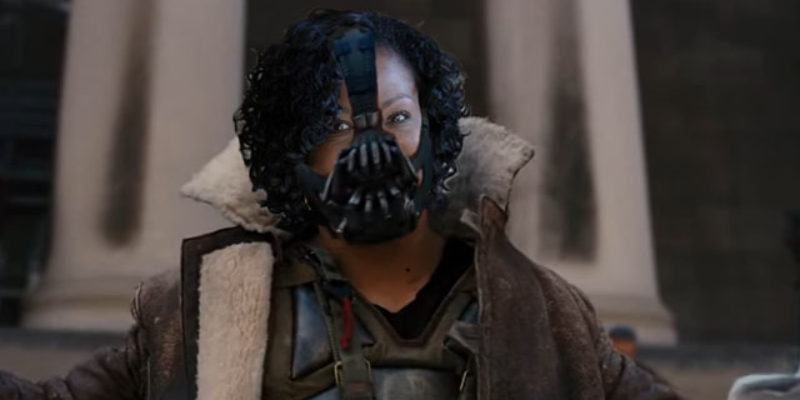 Yesterday, the bill that would create a transitional taxing district for the city of St. George, which voters in the southern part of East Baton Rouge Parish chose to incorporate in an election last year, flew out of the House Ways and Means Committee. It’ll be going to the House floor on its way to the governor’s desk next, with debate and a floor vote scheduled Thursday.

SB 423, authored by Sen. Bodi White, is a second bite at this apple. There was a bill to create a transitional taxing district last year which passed both houses, despite an outrageous filibuster by Sen. Karen Carter Peterson attempting to stoke racial hatred over the issue, but was vetoed by John Bel Edwards. There weren’t enough votes to override the veto. But that was before the legislative elections last fall, which delivered a lot more conservative and pro-St. George legislature to the Capitol.

This year, the Senate gave SB 423 a 28-8 passage on the floor, which is a veto-proof majority. It’s a good bet the bill will get a similar reception in the House, as it passed through Ways and Means on a 12-2 vote. Edwards hasn’t said whether he’ll veto it again; the bet is that if the House passes it with 70 votes he certainly won’t and if it’s close to 70 he probably still won’t; the governor’s justification for the veto last year was that at the time the voters had not spoken on St. George and it was premature to create a taxing district for a city that was only a hypothetical.

Well, St. George isn’t hypothetical anymore. It was created by the voters. It’s in limbo because of a lawsuit East Baton Rouge mayor-president Sharon Weston Broome filed seeking to stop it, a suit which should have already been thrown out as frivolous – Louisiana’s constitution provides for the right of people in unincorporated areas to incorporate by the use of a petition and an election, and there are no encumbrances on that right.

The lawsuit was bad enough, but yesterday Broome went further by showing up with her legal-eagle henchwoman Mary Olive Pierson to demand the committee kill SB 423.

Pierson boasted that she would keep the St. George incorporation bottled up in the courts for “years,” which may even be an accurate statement.

Mayor-President Sharon Weston Broome opposes the plan, calling it “premature.” Her attorney, Mary Olive Pierson, noted her lawsuit contesting the incorporation may not be settled for years.

“I agree that, at some point in time, once they become a city, we’re going to have to transition a lot of things, but now is not the time to do it,” Pierson said. “Their city is not a city until the [state] Supreme Court says it’s a city.”

The  wasn’t impressive to members of the committee…

The plan would only take place if the St. George organizers win the lawsuit, prompting lawmakers to question why the mayor indicated it’d be inappropriate to set up the transitional district ahead of time.

“What’s wrong with them being prepared?” Rep. John Stefanski, R-Crowley, asked. “They have an instrument here that wants to put them in a posture to where they can move as quickly as possible.”

Pierson acknowledged the bill would do “nothing” if it passed, except contribute to “optics” that St. George is already a city.

“It continues to promulgate the narrative that a City of St. George exists, because tools like this are used to say, ‘Look what we have here! We’re on our way,'” Broome said. “The issue is we’re not on our way, anywhere, until we hear from the judiciary.”

So don’t pass the bill because Pierson and Broome don’t like the “optics.”

But like Ivey says, at some point when Broome’s lawsuit collapses St. George will very quickly become a city. The governor will appoint a temporary mayor and city council, and elections will be scheduled for a permanent city government and a city charter. There has to be a mechanism to fund those things, and the city will need to have the authority to collect sales taxes for that purpose. Without a transitional taxing district it won’t have that authority.

It does Sharon Weston Broome absolutely no good at all to fight the passage of this bill, which is a fruitless pursuit in any event based on the political reality between the likely House floor vote tomorrow, Edwards’ prospects for a successful veto and what’s going to happen in the courts. She is literally wasting her time doing so.

A competent leader would be involved in negotiations with the St. George organizers in an effort to get the best deal for the city-parish possible when the inevitable formation of the new city does happen. Broome already lost the only real chance she had of stopping it from happening when the voters rejected her political efforts last year. Now it’s just a question of what the terms of the peace will be, and every time she inflames the situation by antagonizing the St. George folks she’s foreclosing more and more the opportunity to build a cooperative future with the 85,000 people who will be her constituents as well as residents of the new city.

It’s childish and stupid. But at this point it’s clear we can’t get any better than this from Broome, the worst mayor-president Baton Rouge has ever had.

We don’t know who the candidates will be running against her this fall. We’ve heard Metro Councilman Matt Watson’s name. We’ve heard Metro Councilwoman Tara Wicker’s name. Baton Rouge business executive Jordan Piazza, whose family owns Phil’s Oyster Bar and who has worked with both the Walkon’s and Raising Canes brands in the front office, is a declared candidate. There may be others.

But one of them has to replace Broome if East Baton Rouge Parish is to escape the fate which has already befallen Jackson, Mississippi, Baltimore and Detroit. This place is rapidly descending into the pit of economic and social breakdown under her leadership, and her stupid attempts at playing spoiler for St. George clearly show she simply doesn’t have the talent to halt the decline.

It’s time for her to go, and for the adults to regain control of Baton Rouge before it’s too late.

Interested in more national news? We've got you covered! See More National News
Previous Article PERRICONE: Communism Is A Bigger Threat Than COVID-19
Next Article Why is no one listening to these doctors about Hydroxychloquine [video]