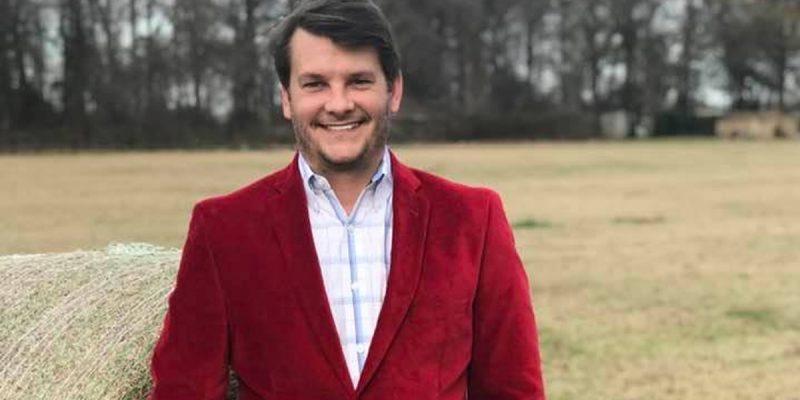 This could be a big deal, as Andrew Bautsch did a very, very good job as the executive director of the state party. He’s known as one of the brightest young political people in the state, and it looks like he’s now going to be an addition to the roster of Louisiana’s GOP consultants for hire. If he doesn’t go to Washington in the event Letlow wins, that is.

From a press release that was just sent out…

Since 2018 Bautsch served as Executive Director of The Republican Party of Louisiana (LAGOP). Bautsch worked to ensure a Republican supermajority in the Louisiana State Senate and a larger majority in the House, built the largest grassroots victory program since 2014, and built an unprecedented digital outreach effort with the Republican National Committee (RNC) in Louisiana.

Prior to joining the LAGOP, Bautsch worked for Causeway Solutions, a political consulting and data analytics firm. In addition, Bautsch has worked on Republican campaigns and PACs throughout the country.

“I’ve known Andrew for the last 15 years and I’m proud to have him on the team. He’s smart, he listens to people, he has an astute political mind and he’s always had Louisiana’s best interests at heart,” said Luke Letlow.

“I’ve seen firsthand how Luke has worked non-stop to better Louisiana his entire life, and I couldn’t be more excited to join his campaign as he continues to serve. Luke has the experience, the passion, and the know-how to deliver results for Louisiana’s 5th Congressional District, just like Ralph Abraham has over the last six years – Luke is the man for the job and will continue to protect rural Louisiana’s way of life,” said Bautsch.

There isn’t any public polling on the race yet, though most observers in the 5th District will tell you that Letlow has an edge on fellow Republicans Lance Harris, a state representative from Alexandria, and Ouachita Parish police juror Scotty Robinson. He’s sitting on more campaign cash than both of them combined, though Harris has the ability to self-fund, and Letlow comes from the Monroe area (as does Robinson, obviously) – his hometown of Start, Louisiana is just outside of Rayville, a little east of Monroe.

Traditionally, if you want to win the 5th District you’ve got to be from in or around Monroe. It also helps to be well-known and connected with the local courthouse gangs in and around the Monroe area. The support of the incumbent Rep. Ralph Abraham, for whom Letlow has served as chief of staff, is certainly a big prize as well. Letlow has all of that, and his team, which includes Courtney Alexander, who served as Abraham’s political director during last year’s gubernatorial run, was fairly well respected even before Bautsch signed on.

It’s likely to be a while before the 5th District race begins to generate much in the way of political buzz. With the coronavirus panic taking up all the oxygen in the state so far this spring the congressional campaigns across the country are getting late starts and the 5th District isn’t any different. But one thing is certainly true – Letlow is assembling a strong team to hit the gas quickly when campaign season does begin rolling.