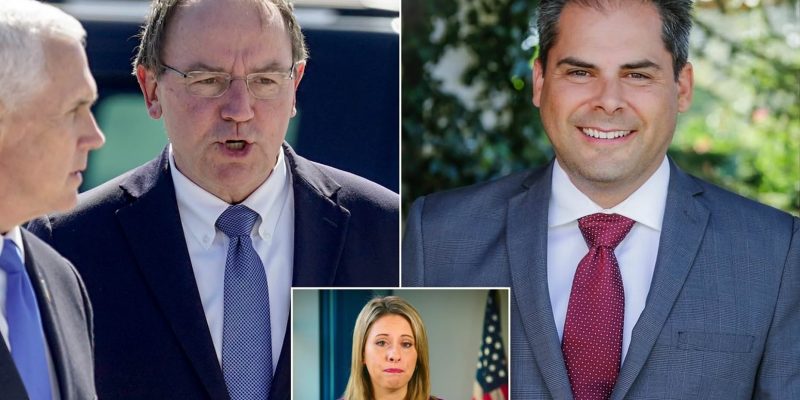 There were two highly-contested special elections for Congress yesterday, one in California and one in Wisconsin, Republicans succeeded in winning them both.

Retired fighter pilot Mike Garcia, 44, won California’s 25th congressional district marking the first time a U.S. House seat has been flipped from “blue” to “red” in the Golden State in more than 22 years.

The seat was vacated by disgraced Democrat Rep. Katie Hill who, after being the first Democrat to hold the seat in 25 years, was forced to resign amid rumors of inappropriate sexual relations with multiple staffers. Garcia received 56% of the vote to Democrat Christy Smith’s 44%, a very comfortable margin of victory.

In the battleground state of Wisconsin, State Senator Tom Tiffany, 62, easily won the special election for his state’s 7th congressional district with a 57% to 43% victory over his opponent. Republican Congressman Sean Duffy held the seat from 2011 to 2019.

President Trump endorsed both Garcia and Tiffany, repeatedly promoting them through social media in the days & weeks leading up to election day. The President turned the heat up on Democrats in both states by accusing them of trying to steal the elections.

The President celebrated the wins in the following tweet this morning writing,

“Big Congressional win in California for Mike Garcia, taking back a seat from the Democrats. This is the first time in many years that a California Dem seat has flipped back to a Republican. Also, Tom Tiffany beat his Democrat rival BIG in Wisconsin. Two great Congressional WINS!”

The GOP victories could be a bellwether for the much-anticipated presidential election in November which will also see votes cast for all 435 U.S. House seats and 35 Senate seats.

The Republican Party’s wins in California and Wisconsin bring the current party-breakdown in the House to 232 Democrats and 197 Republicans. The GOP needs to flip 19 more seats in November to take back the majority in the House of Representatives.