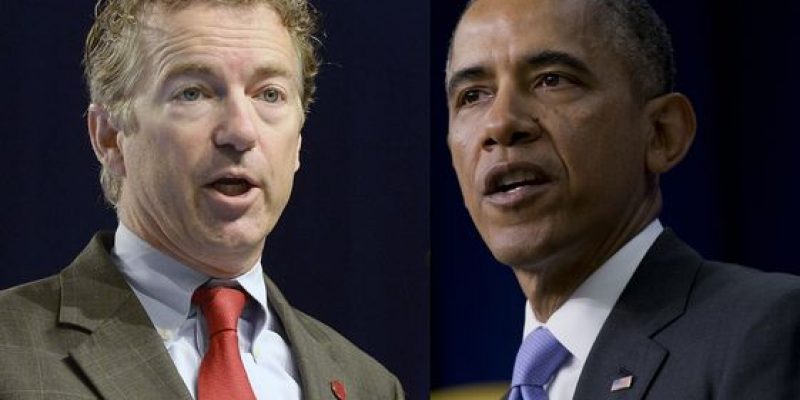 UPDATE: The DNI has provided a list to the Senate of Obama-era officials suspected of “unmasking” General Flynn.. It includes Joe Biden, Jim Clapper, James Comey, and former Obama Chief of Staff Denis McDonough. Paul is calling for Senate hearings on the matter.

U.S. Senator Dr. Rand Paul (R-KY) told Fox News this morning that he believes President Barack Obama was not only aware of, but was also directly involved in, the politically-charged targeting of political opponents by his Department of Justice.

The FISA courts were evidently manipulated by rogue FBI agents for the purpose of spying on then-candidate Donald Trump, Lt. Gen. Michael Flynn, and other associates.

Dr. Paul told Fox News’ Martha McCallum that he “has every expectation that President Obama is at the middle of this” going further by saying “I really, strongly believe President Obama gave specific and direct oversight” of Operation Crossfire Hurricane.

McCallum pressed the Senator for more information to which he explained,

“Think about it, we have never allowed a secret court to be used against a presidential campaign, don’t you think that’s sensitive enough that it went all the way to the very top? So, yea, the media has treated President Obama with kid gloves. Someone needs to ask him, ‘Did you approve of Crossfire Hurricane?’ and I think the answer is yes.”

Dr. Paul explained that Obama & associates seem to have thought they were “saving the Republic from Donald Trump” concluding “I think it was directed by President Obama and I think that’s what we’re gonna discover.”

Senator Paul says he is introducing an amendment to the Federal Intelligence Surveillance Act (FISA) to ensure “no President is ever investigated by FISA again.” He also called out his colleague Senator Lindsey Graham (R-SC) saying,

“But I fear that some of the people who don’t want to investigate President Obama are also the same people, Lindsey Graham, who don’t want to have real FISA reform because they love the power for the intelligence community to snoop on anyone, including Americans.”

Senator Paul made headlines yesterday after telling Dr. Fauci during a Senate hearing that it is “ridiculous” to have a “one size fits all” approach to public school closures, that he is not the “end all” on decisions, and that history will show “wrong prediction after wrong prediction.”

See the exchange for yourself below:

Interested in more national news? We've got you covered! See More National News
Previous Article Republicans Win California and Wisconsin Special Congressional Elections
Next Article CUNNINGHAM: The Race For Louisiana Superintendent Is Tight, But Who Is In The Lead?