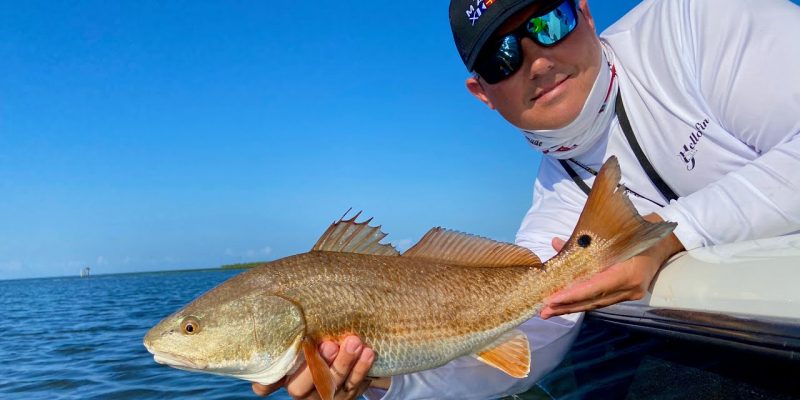 Chad Harvey grew up deep in southern Terrebonne Parish, terrorizing on a nearly daily basis whatever swam in the bayous or hopped on their banks. As a teenager, when the marshes close to home could no longer contain him, he deckhanded on charter boats to earn some spending money, but mostly to pursue the sea monsters like tuna and wahoo that he saw at the dock of his favorite marina.

That began a nearly lifelong affinity and passion for the deep blue, where Harvey spent nearly every weekend, often sleeping on bean bags on the rolling sea so he could be in position for the hot dawn bite.

But less than a decade ago, having boated more tuna than Star-Kist, Harvey began looking for a new challenge, and shifted his gaze from the deepest water around to the shallowest. Burgeoning redfish tournament trails stoked Harvey’s innate competitive fire, and he set out to learn all he could about the activity to become a regular check casher rather than contributor.

That mostly meant spending a whole bunch of time peering into skinny water from an elevated casting platform on either his Yellowfin bay boat or Gator Tail mud boat.

In the years since, Harvey has learned where big redfish reside, and what causes them to shift their positions.

One of his favorite regions to target them is near the mouth of the Mississippi River out of the port of Venice, and that’s where he took me on a recent trip. In two days, we overcame a brutal west wind to put countless redfish in the boat, including a couple that would have put Harvey atop the leaderboard in any redfish tournament.

Check out the video to see the action from our second day.