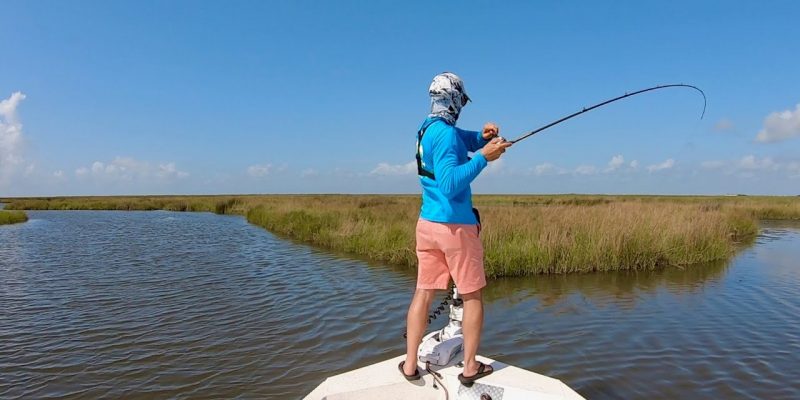 Every May, the Louisiana Coastal Conservation Association scatters tagged redfish along the state’s tattered coast in preparation for its annual STAR tournament, an event that for anglers has become a rite of summer.

But the organization doesn’t attempt to use its relatively small staff to tag and release 100 redfish in the lakes, bays and marshes between the Sabine and the Pearl.

Instead, it relies on volunteers who take the tagging kits with them on fishing trips and add bright-red body jewelry to the fish they catch. For the last five years, I’ve been one of those volunteers.

Last year, I published a couple of videos showing exactly where I tagged and released three of those fish, and on the first day of the 2019 event, one of those fish was caught by an angler who watched the video and committed himself to bomb-casting the area until he ran across one of the fish. Because he did, he netted himself a brand-new truck.

This year, I set out to do the same, and after quietly releasing two fish in the Lake Pontchartrain Basin, I tagged a couple more in Venice before deciding to tag and release one in heavily fished Lake Catherine the day before the tournament began on May 23.

Check out the video to see the successful quest for yourself.

Incidentally, the STAR tournament runs through Sept. 7. Only participants who register for the tournament before catching qualifying fish are eligible for prizes. For more information, visit ccastar.com.

Interested in more news from Louisiana? We've got you covered! See More Louisiana News
Previous Article Let’s Talk About What’s Going On With Louisiana’s Budget
Next Article Louisiana families to get additional $285 per child in SNAP EBT benefits this week