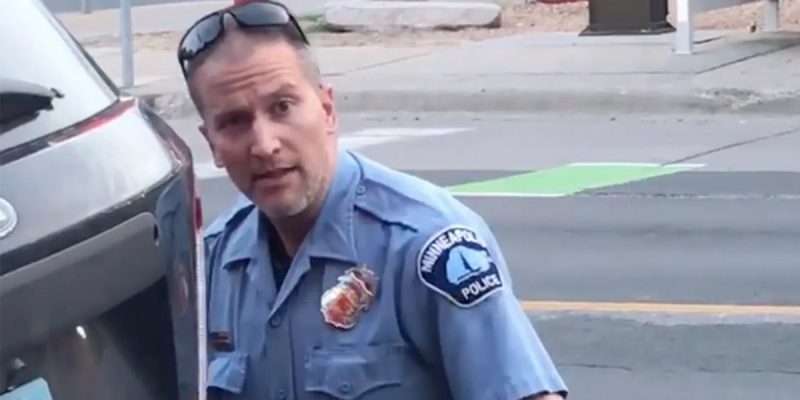 As someone who has spent nearly 40 years as a beat cop, FBI Special Agent and a retired Federal Prosecutor, I am hesitant to weigh in on what happened in Minneapolis, but I feel it’s time the truth – the real truth – about policing the streets and law enforcement in general is revealed. Not everyone in law enforcement wants to discuss this, but I am retired and feel liberated enough to tell the truth, according to my life experiences.

I started at a beat cop when I was 21 years old in 1972. I was the epitome of viridity, though I grew up on back streets of New Orleans. I remember my first call straight out of roll call. It was a suicide by high-powered rifle, where the victim put the muzzle under his chin. The blast vaporized his skull, liquified the remains and planted them on the ceiling. Since I was the rookie, the senior officer said I had to write the report in detail and exclude any possibility of a homicide. I had to get really close to the victim and helped the crime lab technician collect brain matter from the walls and ceiling. What did I get into?

As the years rolled by, it didn’t get any better. Oh, sure the adrenaline rushes were fine and as a young man, felt I was serving my community, and I was. But at what cost? I worked most night watches, as I was going to college in the evenings. The streets of any city, especially a place like New Orleans, are very different during the night. You see everything your mind can imagine and some things you would never believe existed, but they do.

Every night, as I left the sterile environment of the classroom and drove to Second District Station, I could feel my pulse quicken. I thought my mind was just gearing up for what was ahead, which was the unknown. What was known, you had to be ready for anything coming from anybody, regardless of race or gender. You were constantly reminded that you could be killed or injured in a blink of an eye, and you had to be ready. And you had to back up your partner, for when you are a cop on the beat, you are on an island and all you have are your wits and maybe a good partner. Street survival was drummed into your head by your rank and older cops. You listened to them because they survived the streets everyday, but at what cost?

Getting killed was always on your mind. Every step or movement you took was calculated with survival in mind. Any cop who said he never drew his gun never worked the streets, for death was always sitting the back seat of your vehicle, smiling and waiting for you to make a mistake. You felt his sour breath on the back of your neck with every radio call or when you turned the corner and the street lights were broken.

Over the years your body and mind change. You see the world like you never have seen it before. Your eyes transform into search lights looking for something that doesn’t fit, and that’s when you are off-duty, too. Every molecule in your body changes and I submit, it feels like it is irreversible.

You want to do the right thing everyday, but there is always someone to challenge your action or works. An old cop once told me a cop’s worst enemy is his mouth. Watch what you say and how you say it. Your report-writing skills are critical, as every word will be scrutinized. And if you are in a gunfight, your life will change forever, if you survive.

You don’t sleep well. You don’t eat well. Your socialization skills atrophy, as your island becomes populated with only fellow officers who understand what you are going through.

I wasn’t unique and don’t want the reader to believe I am. Every officer who works the street goes through this reverse metamorphic. You go from butterfly to caterpillar with time and your fellow officers are your only support system.

Unless you have worked the streets, you will never understand this. Police departments do their best to screen people out of their ranks during the hiring and training process. When you graduate from the police academy, you feel you can take on the world, but then reality smacks you in the face like a two-by-four. No police academy or FBI academy can adequately prepare you for what the world has waiting for you.

That being said, I want to emphasize I don’t condone what I saw on TV last night. Kneeling on a handcuffed arrestee’s neck is not taught in any law enforcement academy other than maybe in Moscow or Beijing. Not in America. So you ask, why did this happened? How did this happened? From where I sit, I think I know the answer and RACE HAS NOTHING TO DO WITH IT!!!!! Read that again.

I have had many street fights in my younger days and most of them were with white males. There is always some idiot that wants to challenge your authority. Are cops infallible? Hell no. We make mistakes every day, but every day we try to do better. So what makes a cop snap and forget everything he has been taught in the academy and by senior officers?

Here is the bad news for my fellow officers. It called PTSD.

Don’t deny it, for doing so, you are suppressing a monster that has the tenacity to raise its head at any moment you enter a stressful situation, which is literally at any moment. You must accept it and understand you acquired it on the streets. PTSD is the invisible Purple Heat you carry under your vest every day. And police and sheriff’s departments, and all federal agencies must accept it. It’s part of the job, as air and sunshine are part of the day.

But how do you deal with it? That’s the question every officer, and police manager, must deal with. You can’t hire and train officers and then fire them when they display anger issues or lack of professionalism, which are the proverbial canary in the coal mine warnings. From the officer’s standpoint, you must ask yourself at roll call, are you ready to take the field and play the game? If you feel like you can’t, there should be administrative mechanisms to allow officers to take off. Call it personal time, not a mental health day, as the stigma could morph into reasons to have the officer removed. That won’t solve the problem, for any new crop of officers will encounter the same problem and the situation repeats itself.

PTSD is real and must be accepted as part of policing, as it is with combat troops. Prolonged and sustained stress chisels wounds into the mind, that can be remediated with the right treatment and understanding of the problem. Street supervisors must be trained to recognize the first indications of PTSD, and help those under their command to deal with it. No city or county should ever remove an officer for just having PTSD, because it is the city or county who gave it to the officer.

Well, I have said a bunch. What happens next in Minneapolis is up to the justice system, but every jurisdiction must take notice that this could happen on their streets at any moment. Again, it has nothing to with race, so the craven race-baiters should just shut up and stay home. City and County Administrators need to initiate action to preserve your law enforcement agencies and understand that everyday a little bit of every officer dies, but there is no funeral. The streets over time take a toll on the strongest man or woman. Burnout and compassion fatigue set in like carbon monoxide, and like carbon monoxide, PTSD doesn’t manifest itself until it’s too late.

If you read this, thank you. If you are an officer, quietly do some research, until your department and administration accepts what the streets are doing to you and they show they care about you, before it’s too late for everyone.