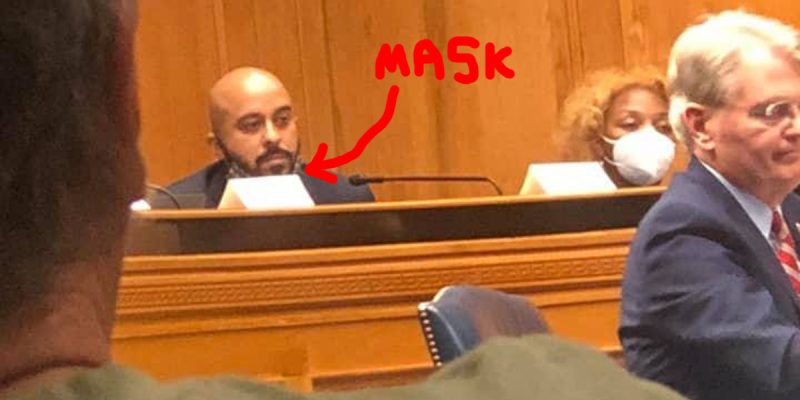 HCR58, Rep. Blake Miguez’ resolution that would strip Gov. John Bel Edwards of some of his more odious emergency powers and thus free many of Louisiana’s businesses from state-induced shutdowns, cleared its first step toward passage Wednesday, earning a 9-7 vote in the House & Governmental Affairs Committee. The vote came mostly on party lines, with no Democrats in favor and one Republican, Mike Johnson of Pineville, voting no.

It’s unclear whether Johnson’ “no” vote wasn’t a preference for the other instrument being considered in the House; namely, a petition being circulated by Rep. Alan Seabaugh which needs 53 signatures to end the state emergency declaration altogether. Miguez’ resolution doesn’t go quite that far – it leaves the emergency in place but suspends the power of the executive branch to impose restrictions on businesses, churches and other institutions. Miguez’ resolution is seen as a better answer because it’s written not to jeopardize federal disaster recovery dollars it’s alleged Seabaugh’s petition would make Louisiana ineligible for, though Miguez said during debate of his resolution that he isn’t convinced those dollars are really in jeopardy.

There are some Republican legislators, including Danny McCormick of Shreveport, who testified against the resolution and Dodie Horton of Bossier City, who serves on the committee and voted for it but said during debate she would be much happier with the petition, who would prefer a more aggressive approach. That didn’t stop Democrats on the committee from railing against Miguez’ resolution.

Royce Duplessis of New Orleans, pictured above, was one such Democrat. Duplessis attempted to bait Miguez into a fight by demanding that the Republican from Erath, who chairs the House Republican delegation, answer a question whether Duplessis liked the mask he was wearing. Miguez didn’t take the bait, though he probably should have noted that since the mask wasn’t covering his nose or mouth throughout the hearing it was really more like a chin strap. Little of value emerged from that exchange, which was also true of exchanges between Miguez and Sam Jenkins (D-Shreveport) and Jeremy Lacombe (D-New Roads). The Democrats howled about the “draconian” nature of the resolution, and echoed things said in testimony by members of the governor’s team.

The governor’s executive counsel Matthew Block especially struggled, failing to satisfactorily answer questions from Republican Tanner Magee of Houma about the state’s transparency in record-keeping and being reduced to babbling by multiple Republicans over the question of wandering justifications for the state’s shutdown – Block had to admit there was no particular danger of the state’s medical system being overwhelmed with coronavirus cases, but said that capability for testing and contact tracing were now important in reopening the state. That didn’t meet with much approval.

The resolution goes to the House floor this evening in what should be a marathon session with a large volume of bills to be debated and a likely late night, and it’s expected that it will pass. From there it would be taken up by the Senate, and likely a committee hearing early next week and a floor vote thereafter.

By that time it’s expected that Louisiana’s economic shutdown will finally melt away, as on Monday Edwards is expected to announce a decision whether to extend his stay-at-home order beyond May 15. The resolution is thus seen as something of a prophylactic measure – it puts a guarantee in place that Edwards will end the order and begin reopening the state’s economy, because if he doesn’t the Legislature would then do it for him. This would have value and relevance, several legislators we talked to believe, because Edwards lied to them about whether he would end his shutdown on May 1 before extending it; they no longer trust or believe him that May 15 would be the end date and see reason to employ the resolution as a backstop.

Alternatively, there is Seabaugh’s petition. It could well become relevant again should Edwards attempt to extend the emergency and shutdown and somehow the resolution runs into trouble in the Senate. Before Miguez’ resolution came along, the petition had commitments from a majority of House members. That majority could return if it happens that the petition is the only instrument available to prevent the shutdown from extending to the end of May.

Interested in more news from Louisiana? We've got you covered! See More Louisiana News
Previous Article Here’s Why President Trump Is Right About Voting By Mail
Next Article SADOW: Those Spending-Limit Bills Are Fine, But They Need Some Work