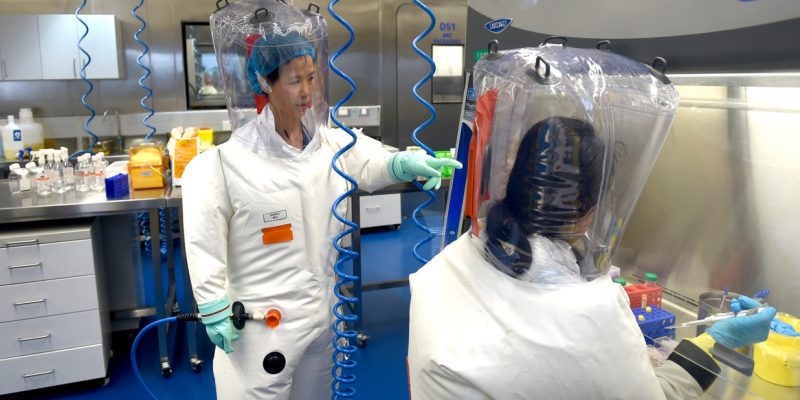 After weeks of suspecting as much, President Donald Trump and Secretary of State Mike Pompeo have confirmed that U.S. intelligence indicates that COVID-19 originated at the Wuhan Institute of Virology.

President Trump confirmed the news to reporters on Friday when asked if he had seen evidence linking the virus to the biolab responding, “Yes, I have.” When pressed for more information the President replied. “I can’t tell you that. I am not allowed to tell you that.”

Secretary Pompeo expressed the same conclusion on during an interview with ABC’s “This Week” on Sunday saying,

“There’s enormous evidence that that’s where this began. We’ve said from the beginning that this was a virus that originated in Wuhan, China. We took a lot of grief for that from the outset. But I think the whole world can see now.”

Pompeo added that this isn’t the first time saying,

“Remember, China has a history of infecting the world, and they have a history of running substandard laboratories. These are not the first times that we’ve had a world exposed to viruses as a result of failures in a Chinese lab.”

As to the question of whether or not COVID-19 was “man-made” or genetically modified in any way, Pompeo said there is no evidence to indicate that the virus is not in its original form which China collected from the blood of a horseshoe bat.

Given their obvious liability, China’s secrecy during the initial outbreak makes more sense. It appears as though the Chinese went from covering their tracks to racing for a cure or vaccine, either of which will be immensely profitable.

U.S. Senator Tom Cotton (R-AR) was among the first to make the case that COVID-19 came from the Wuhan Institute of Virology, a claim for which he was mocked and ridiculed. Now, Sen. Cotton and Congressman Dan Crenshaw (R-TX) have teamed up to introduce legislation that would allow Americans to file suit against the Chinese.