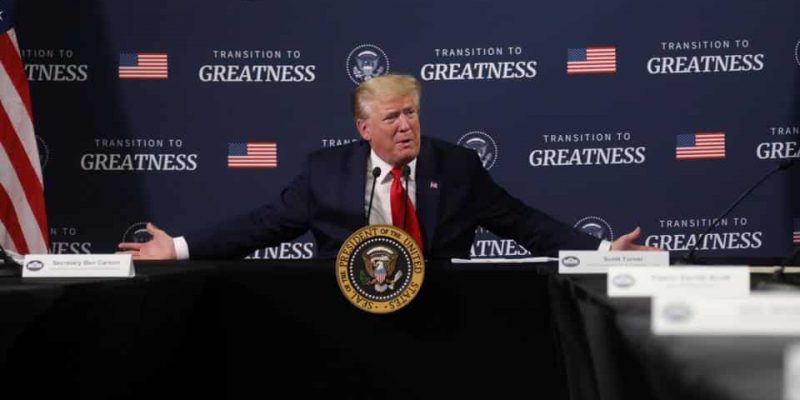 President Donald Trump told reporters on Friday afternoon that he is pushing for churches to be reopened following his comments on Thursday when he said, “The churches are not being treated with respect by a lot of the Democrat governors.”

The comments came as the President promotes his “Transition to Greatness” plan to reopen America following the unprecedented lockdown measures that were put in place to slow the spread of COVID-19.

“You have a lot of Democrat Governors… I think they think it’s good politics to keep it close. But what are they doing? I don’t think it is good politics. They’re hurting themselves and they’re hurting their state and it’s not good. So I think you’re gonna see, I think people are being forced to open, the people want to get out. You’ll break this country if you don’t.”

“Churches are so important to the psyche of our country… I think churches are essential… They want to have it opened and I think that’s gonna happen very, very shortly.”

The President explained that the Centers for Disease Control and Prevention (CDC) will soon provide new guidelines for reopening churches and other places of worship.

“The Department of Justice does not seek to dictate how states such as California determine what degree of activity and personal interaction should be allowed to protect the safety of their citizens. However, we are charged with upholding the Constitution and federal statutory protections for civil rights. Whichever level of restrictions you adopt, these civil rights protections mandate equal treatment of persons and activities of a secular and religious nature.”