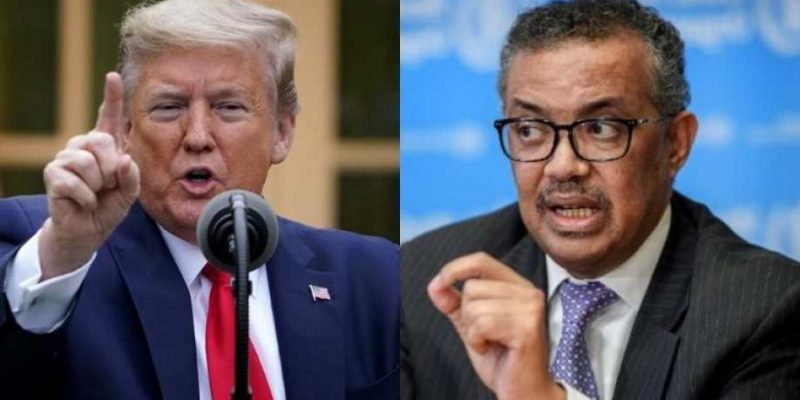 In a biting open letter to Dr. Tedros, Director of the World Health Organization (WHO), President Donald Trump did not mince words as he threatened to permanently end U.S. funding and America’s membership in the organization if major changes are not made.

The president begins by saying he took action to suspend funding due to the organization’s “failed response to the COVID-19 outbreak” citing the WHO’s “alarming lack of independence” from China.

The letter from the White House lists several grievances against the organization including:

The president writes that the WHO “could have done so much better” before praising the conduct of a former Chairman who presided during the SARS outbreak writing, “Many lives could have been saved had you followed Dr. Brundtland’s example.”

“It is clear the repeated missteps by you and your organization in responding to the pandemic have been extremely costly for the world. The only way forward for the World Health Organization is if it can actually demonstrate independence from China.”

“That is why it is my duty, as President of the United States, to inform you that, if the World Health Organization does not commit to major substantive improvements within the next 30 days, I will make my temporary freeze of United States funding to the World Health Organization permanent and reconsider our membership in the organization. I cannot allow American taxpayer dollars to continue to finance an organization that, in its present state, is so clearly not serving America’s interests.