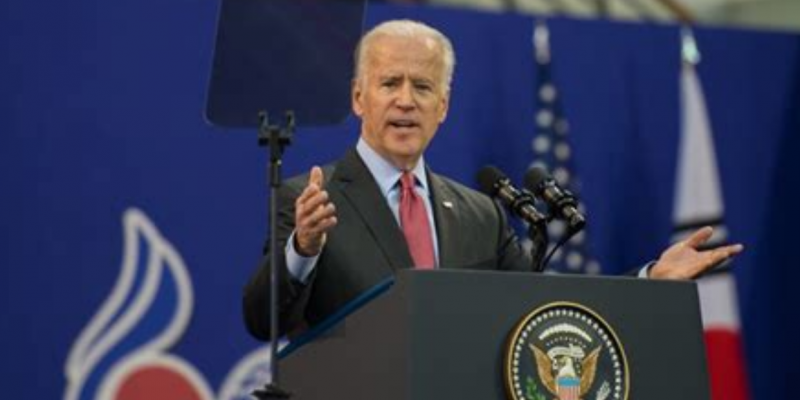 Just below is a video of a press conference put on in Kiev Tuesday, at which Joe Biden’s meddling in the Ukraine’s internal affairs was laid bare. It’s impossible for Biden to continue as the Democrats’ presidential candidate at this point, though we wouldn’t expect to see him resign. That train will continue to roll off the tracks for some time to come.

The press conference includes audio recordings of phone conversations between former Ukraine president Petro Poroshenko and Biden, as well as Poroshenko’s conversations with then-Secretary of State John Kerry. In them, several things become very obvious, the most important of which was the level of influence Biden held over the inner workings of the government in Ukraine. It’s unmistakable that Biden held up a billion dollars in American aid and loan guarantees on the condition that Prosecutor General Shokin, the man investigating some $3.4 million in “consulting fees” paid to Biden’s son Hunter by the Ukrainian natural gas company Burisma Holdings, which were clearly bribes paid to Biden’s family, be fired.

The Shokin matter is not news. It’s been known for a long time, and Biden was famously captured on video bragging about holding up the billion dollars unless Shokin was fired. For some reason that action has been portrayed in American legacy media as unremarkable.

But these audio files show that contrary to the excuses made for Biden’s pressure on the government of Ukraine to fire Shokin, the man was not suspected of corruption. Quite the opposite – Poroshenko, in the recorded calls with Biden, makes perfectly clear that there is no evidence Shokin had done anything wrong at all, and Poroshenko makes quite clear his impression that forcing Shokin out is solely a favor done to Biden in order to get the billion dollars.

In the press conference, a Ukrainian prosecutor accuses Marie Yovanovitch, the former U.S. ambassador in Kiev who it appears perjured herself in testimony before Congress during the Trump impeachment hearings about the level of involvement she had in Burisma, of directly interfering in that country’s affairs in violation of law. Also included in those accusations is George Kent, the Deputy Assistant Secretary of State for European and Eurasian Affairs, who had denounced the Trump administration for its attempts to get to the bottom of what had happened in Ukraine.

This material all relates to the allegations Rudy Giuliani crowed about earlier this year. These guys in this press conference are quite clearly the people Giuliani was talking to when he returned from Ukraine declaring a large criminal conspiracy was afoot.

Giuliani has never looked more correct than he does now. Biden and the Democrat Party had laid their hooks very deeply in Ukraine and controlled large chunks of that country’s government, and not for American national interests.

The press conference is an hour long, and most of it is in Ukrainian with English subtitles. It covers a lot of internal politics most Americans won’t understand, but the Biden bombshells appear throughout. It really is worth your time to see the full context of these allegations – which are not made in a partisan manner with respect to U.S. politics. This has to do with partisan squabbling in Ukraine, to be sure, but these are not Trump’s people attacking Biden, they’re Ukrainians upset by malign influence by Americans on their own country.