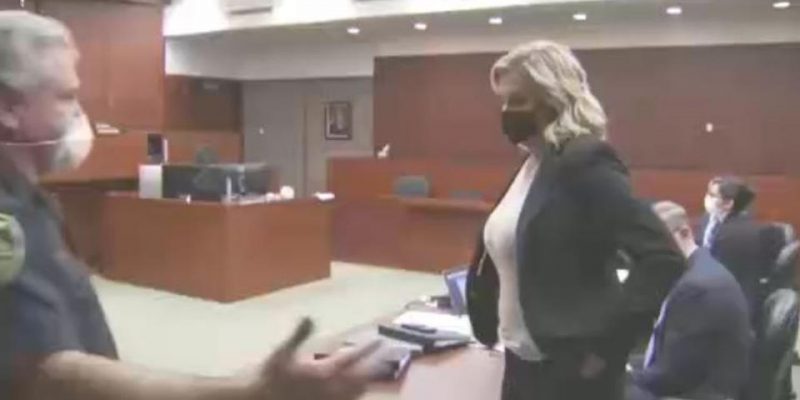 The Texas Supreme Court released an embattled Dallas salon owner this morning, and business owners worried about jail time may breathe a sigh of relief thanks to a Governor’s order.

Earlier this morning, an executive order from Gov. Greg Abbott this morning forbids imprisonment for Texas business owners on the wrong side of local authorities when it comes to violating COVID-19 restrictions. This came on top of a letter from Atty. Gen. Ken Paxton to Dallas-based state District Judge Eric Moye ordering him to release Luther.

“Throwing Texans in jail whose biz’s shut down through no fault of their own is wrong,” Abbott wrote via social media this morning. “I am eliminating jail for violating an order, retroactive to April 2, superseding local orders. Criminals shouldn’t be released to prevent COVID-19 just to put business owners in their place.”

On Tuesday, salon owner Shelly Luther was taken to a Dallas County jail for refusing orders to close her business. See our write-ups on this unfolding situation here and here.

In a press release, Abbott explained that he modified standing executive orders related to COVID-19. The order is retroactive to April 2, so as to cover businesses already under the microscope by city and county authorities.

“Throwing Texans in jail who have had their businesses shut down through no fault of their own is nonsensical, and I will not allow it to happen,” wrote Abbott in the press release. “That is why I am modifying my executive orders to ensure confinement is not a punishment for violating an order. This order is retroactive to April 2nd, supersedes local orders and if correctly applied should free Luther. It may also ensure that other Texans like Ana Isabel Castro-Garcia and Brenda Stephanie Mata who were arrested in Laredo, should not be subject to confinement. As some county judges advocate for releasing hardened criminals from jail to prevent the spread of COVID-19, it is absurd to have these business owners take their place.”

From the hip: There has been some criticism of Gov. Abbott for not releasing Luther, Castro-Garcia, or Mata. However, the Governor of Texas cannot simply pardon someone who is imprisoned. There is the Board of Pardons and Paroles for that.

It was unclear at the time of writing whether she will be released before restrictions on beauty salons and barber shops expire on Friday. The state Supreme Court’s order demands a response due by 4 p.m. Monday.