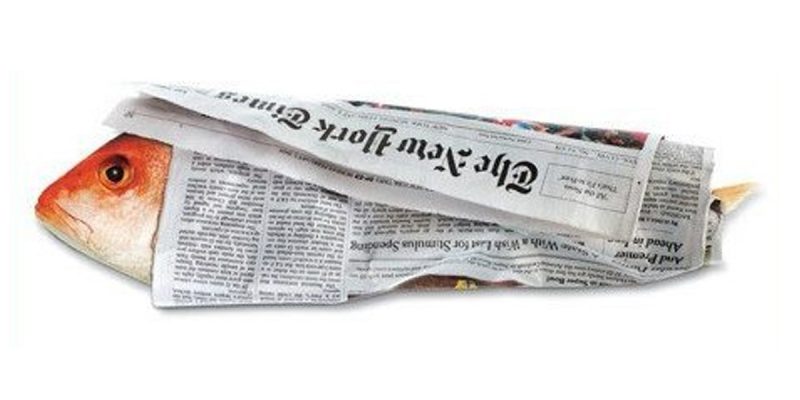 From an early age I was taught of the significance of a free press staffed by impartial journalists.

I am not talking about political pundits or editorialists; I am talking about those that are trained reporters. I always held the opinion that the function of legitimate news people was to report the news in the most unbiased manner possible. That is, they were to report events without the color of their own beliefs or philosophy. In this way the American people could make their own evaluation of events and draw their own conclusions. That, I believed, was what a free press was about.

Over time I became disabused of that notion. So many modern news reporters simply ignore the maxims of philosophical neutrality in their reporting. They do not even try to hide their bias, they put it right out there on social medial so all can see. Based upon social media posts, it is obvious that bifurcating one’s beliefs from one’s reporting is not something taught in journalism school.

What is most disappointing about all this is that they do so without any form of disclaimer. News distorted by reporters’ well documented beliefs is being published as if it were neutral of bias. And, only those who are sophisticated in the ways of social media have any idea that the news they are seeing or reading has likely been colored in a manner to support a particular political philosophy or to support a particular politician or political party.

I get that no matter how well-intentioned, reporters are human. I recognize that there will always be some bias in their work. But in today’s social media world there is no confusing unbiased reporting with what is being published as news. Reporters eagerly betray themselves by engaging in highly controversial opinions online.

Perhaps though the American people are not so naive as publishers and editors may suspect. Almost daily we hear about a news outlet folding or a major layoff of news staff. Now much of this is due to changing methods of delivering the news, but I also believe that the consumers of news, the people, have grown weary of heretofore legitimate news outlets publishing unabashed propaganda wrapped up in what is supposed to look like genuine news.

The American people have an innate sense of what is fair, and they are always motivated by that old saying – fool me once, shame on you; fool me twice, shame on me. They have come to realize that what they are being sold as unbiased reporting is not so, and therefore they have lost faith in journalism and journalists. The result is that they have spoken by ending subscriptions as they seek news elsewhere. As subscriptions have declined advertisers have sought media exposure elsewhere, so advertising revenue has followed subscription revenue down. The demise of the media that we are seeing today can greatly be explained simply by product obsolescence. They are offering something that no one wants to buy.

Not all journalists conflate their opinions with the facts. But those that do ruin it for those who do not. Editors, probably because they arise from the ranks of journalists, seem to favor those who have the same biases as they do.

It just amazes me that media publishers have stood by and watched their businesses fail by allowing the trust of news consumers in their work collapse.

Interested in more national news? We've got you covered! See More National News
Previous Article ALEXANDER: There’s A Storm Coming In America, But It’s Not The One You Think
Next Article Texas sees jobs recoup in May, DFW airport world’s busiest despite shutdown