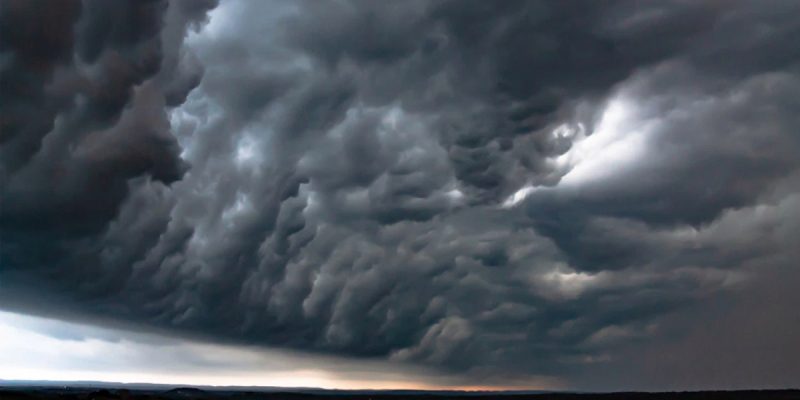 While this is a difficult and chaotic time in our nation’s history, we should not lose hope because a storm is coming and it will be brought about by millions of humble, faithful Americans.

We are not allowed to feel sickened and repulsed at the death of George Floyd—if we don’t also declare that America is hopelessly racist and broken with no redeeming value.

While we are expected to, and do, acknowledge America’s racial flaws and racial history—we’re not allowed to also acknowledge that America has made enormous gains in racial equality over the last decades.

While we are strongly opposed to excessive use of force by police—we are not allowed to also point out that the large majority of law enforcement officers are good, hard-working people who simply want to live through the end of their shift; The same officers without whom we would truly live in lawlessness—with minority and less affluent neighborhoods suffering most from this lawlessness.

We are not allowed to say on the one hand that we fully grasp that police use of force needs to be addressed—but that we find it deeply offensive and disrespectful that the manner of expressing that belief occurs during our National Anthem:  an act that dishonors the sacred flag under which over one million brave American men and women of all races, ethnicities and socio-economic backgrounds have fought and died for our country.

We are shouted down as racist simply for pointing out that the appropriate, legal manner by which to make lasting social change in this country is by voting, organizing, marching, striking and boycotting, and not by a brick through the car window or a torch through the front door of a small business.

We aren’t allowed to point out that while most of the protesters are, as am I, sincerely aggrieved by the death of George Floyd—many are not and simply hate America and are using his death as a pretext to justify the violence, harm and damage they seek to do regardless.

We are expected to swallow that we are “white supremacists” in a nation of “systemic racism” but we are never allowed to point out our great personal and national virtues—and the fact that America twice gave overwhelming electoral college victories to President Obama.

According to unelected federal judges, we are no longer allowed to believe that God created only two human genders, male and female.  However, we don’t believe that transgenderism and “gender fluidity” should be deemed a special legal status.

We are not allowed to suggest there is something transparently inconsistent about shutting down churches and small businesses during the virus—while liquor stores, abortion clinics and big box stores continue commerce uninterrupted.

We are expected to believe that the virus doesn’t spread as easily during massive protests, rioting and looting—all of which violate CDC’s 6 feet social-distancing requirements—but most certainly will at a Trump rally.

We are expected to overlook that while liberal elites (including athletes and celebrities) despise gun ownership and secure borders, they themselves live under armed protection and in exclusive, gated communities.  Or, that we are expected to follow our laws while across the country law enforcement is broadly condemned, pulled back and defunded while criminals run free.

That while Pres. Trump was harshly criticized for standing in front of the historic Church of the Presidents in Lafayette Square holding a Bible, no real attention was given to the fact that “peaceful” protesters had set it on fire the night before, destroying a nursery that had recently been renovated in its basement.

That the phony Russia “collusion” story and impeachment achieved nothing but wasting huge amounts of time and money.

That our own federal government—DOJ and the FBI—grossly abused its own regulations and core due process guarantees in an attempt to overturn the election of a duly-elected president. (Not to mention the injustice inflicted on Gen. Michael Flynn); or, criticizing the President for designating a violent, far-left domestic terror organization a “domestic terror organization.”

There is a storm coming but it’s not the one the often-dishonest national media and radical Left envision.  It’s the silent majority of millions of Americans who quietly but proudly hold on to their love of country, constitutional freedoms and faith in God— for which we are mocked when we kneel in prayer—while kneeling during the National Anthem is celebrated.

As Americans, the large majority of us are kind, generous and peace-loving.  However, we are not going to be silenced; neither are our values and freedoms going to be sacrificed on the altar of Political Correctness.  Through the strength of our prayers and our vote we will be heard from soon.

Interested in more national news? We've got you covered! See More National News
Previous Article CROUERE: After Five Years Of Abuse Trump Is Still Unbowed
Next Article APPEL: On The Collapse Of The Free Press In America