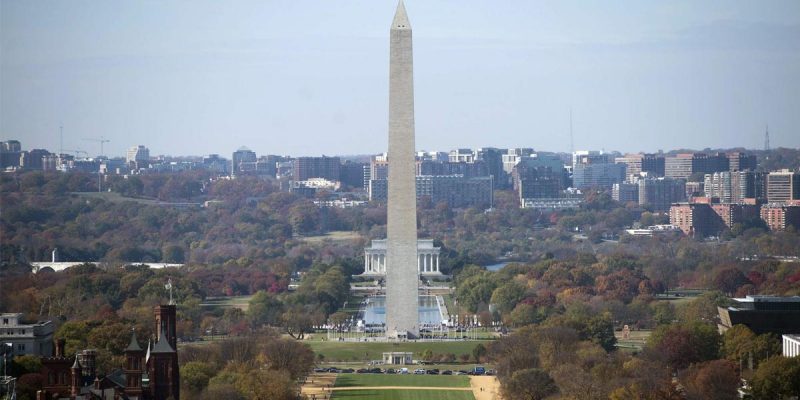 There are times when the antics of politicians makes one just want to laugh out loud.

The uber-liberal mayor of Washington, DC has been all over the news of late because there will be a vote in Congress to allow a national referendum on making Washington, DC the 51st state and obviously she is advocating for it. This statehood issue has come up time and again, but because Washington is so small and because of history and of politics it has never made it out of Congress.

The history issue is that Washington, DC was always intended to be a form of neutral ground between states, the nation’s Capital and not of itself a state. The politics of the issue are that it would give a tiny group of people two Senators, making them politically more significant than their population would otherwise dictate they be. And since the population is predominantly Democratic, Republicans will never agree to just handing Democrats two extra Senate votes.

So, even as the Mayor of Washington has been making a case of fairness for Washington to all the states that ultimately have to vote on statehood, at the same time she has been one of the most vocal race-baiters and anti-Trump politicians that has arisen in the recent unrest. This is the mayor that renamed Pennsylvania Ave. after Black Lives Matter, who had her cops stand down as rioters savaged the city and our monuments, and allowed BLM to taunt the President and his supporters by painting Black Lives Matter in the street in front of the White House.

Now whether one agrees with BLM or not, pure politics dictate that a leader does not burn bridges between herself and at least fifty percent of the voters that have the final say on her goal. A smart leader would at the very least lay low on the controversial issues and demonstrate her leadership by protecting the people’s Capital. She would not viciously confront a President that can veto her legislation, one that commands the fervent support of at least half of the voting population and half the Senators.

Of course, there is another possible angle. The Mayor already knows that Washington, DC will never be a state and so, to feather her own nest, she has decided to act as she has. There is plenty of media coverage and perhaps this has all been a media stunt to raise her national profile. If that be the case, she has dishonestly mislead her constituents into believing that she was sincerely advocating for their cause.

So, there you have it. Either she is one of the dumbest politicians in American history or she is so cynical that she would use mayhem and dishonesty to further her own political interests. Of course, she could be dumb and cynical too!