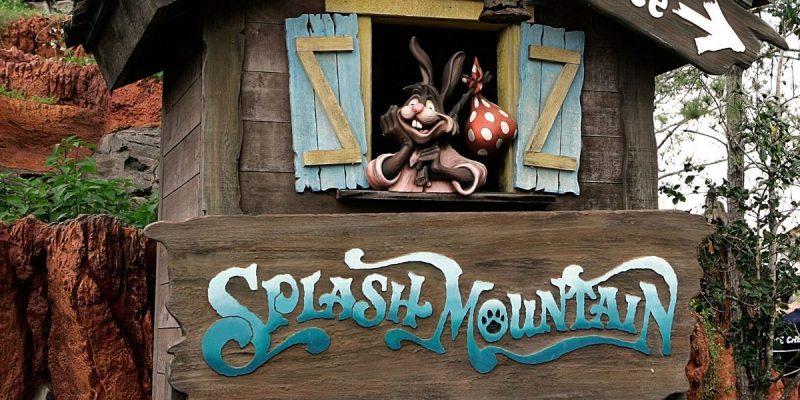 If you’re a fan of Splash Mountain, your laughing place is about to get canceled.

Six years ago I wrote an April Fool’s piece in which Disney bigwigs, being sensitive to the demands of the eco-crowd, renovated their log flume Splash Mountain ride into a roller coaster rechristened Br’er Mountain in order to promote water conservation.

Well I have lived to see a joke manifest into a more absurd reality as they decided to leave the water and take the rabbit.

For the progressive march towards a more Politically Correct world has now reached the border of Critter Country.

Disney announced they intend to “re-imagineer” the popular Br’er Rabbit-themed attraction into a Princess and the Frog ride.

This announcement comes weeks after a Change.org petition (!) was launched demanding that this adaptation from the now verboten Song of the South film be purged.

Let’s hope that the Br’er Fox and Br’er Bear animatronics don’t end up getting decapitated by the woke crowd that have already beheaded suddenly unpopular statues across the country.

While the folks at Disney are very creative, how in the small, small world is Disney going to imagineer with a straight face a mountain in the midst of a film set in flat, swampy south Louisiana?

Addition by subtraction is generally not a good thing and it’s not like Disney is lacking in resources.

The leftist Twitter locusts have swarmed at anyone who had the temerity to voice disagreement with the switch, assigning the attraction many hyperbolic indictments that beg the questions whether they had ever been on the ride and if they are getting their money’s worth from their current therapists.

The animatronic-loaded cool winding water ride is set in a southern bucolic environment featuring catchy tunes and a lesson about the danger of hubris (as Br’er Rabbit’s arrogance resulted in his capture by a bumbling pair of nemeses).

Launched at Disneyland in 1989 and Magic Kingdom in 1992, Splash Mountain has remained one of the park’s most popular attractions and you can end up in a two-hour or longer line if you don’t utilize Disney’s FastPass reservation system.

Pirates of the Caribbean had two make-overs in sensitivity, once in the 1990s when they rearranged two buccaneers chasing women, reversing roles in one instance and making it appear another pirate was only pursuing another woman because she had food.

Then later affirmative action and gun control hit “Laffite’s Landing” (by the way Disney, it’s spelled “Lafitte’s”), when a wench in a red dress was promoted into a pirate leader and a firing pistol was removed from a scene. They also changed the bride auction into a looted goods sale.

The Pirates have evolved into Progressive pillagers.

Walt Disney loved New Orleans (though he never intended to build his big park in Louisiana) and fastidiously studied the French Quarter, recreating a close copy of it at Disneyland (though his successors spectacularly failed at their attempt at gumbo).

Building a New Orleans-themed attraction is a welcome addition at Magic Kingdom and would complement the existing Nola features in Anaheim.
But this need not have been a politically correct driven exercise in either/or.

There was plenty of space for both folksy singing southern varmints and Creole princess Tiana and her amphibian beaux and no reason to send Br’er Rabbit over the falls just to appease the grumpy wokesters.