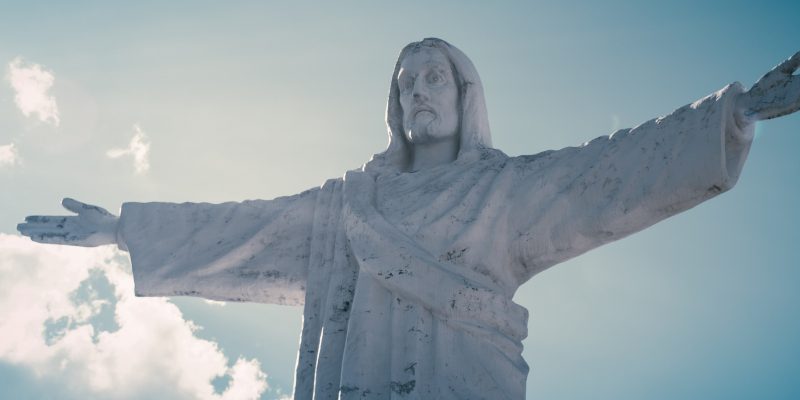 This week America has seen the destruction of a George Washington statue in Portland, and even that of Union General Ulysses S. Grant in San Francisco as far-left extremists continue their assault on our history and our values.

Vandals spray-painted “BHAZ” (Black House Autonomous Zone) on St. John’s Episcopal Church across from the White House before trying to destroy the Andrew Jackson statue. This prompted President Trump to issue a stern warning on Twitter threatening up to ten years of jail time for anyone defacing a monument or statue.

But far-left activist Sean King has set his sights on Jesus Christ saying,

“Yes, I think the statues of the white European they claim is Jesus should also come down. They are a form of white supremacy. Always have been. In the Bible, when the family of Jesus wanted to hide, and blend in, guess where they went? EGYPT! Not Denmark. Tear them down.”

“Yes. All murals and stained glass windows of white Jesus, and his European mother, and their white friends should also come down. They are a gross form white supremacy. Created as tools of oppression. Racist propaganda. They should all come down.”

King has since announced that he is receiving death threats writing,

“Received about 20 death threats in the past 12 hours since I said that statues of white European Jesus are a tool of oppression for white supremacy and should be taken down. It pretty much proves my point. Your religion is actually whiteness with a Christian patina.”

The point that the so-called “civil rights activist” fails to grasp is that he has no right to tell Americans how they can express their religious beliefs, much less call for the destruction of church property. It’s called religious liberty and the United States was founded upon it.

The overt threat makes one thing clear: Christians in America must turn out to vote in record numbers in order to stop the iconoclasm that is currently sweeping the country.

We must always remember that the United States is the greatest country in the history of the world for a reason. It did not happen by accident, it happened because of our dedication to God and our founding principles. May God save the Republic.