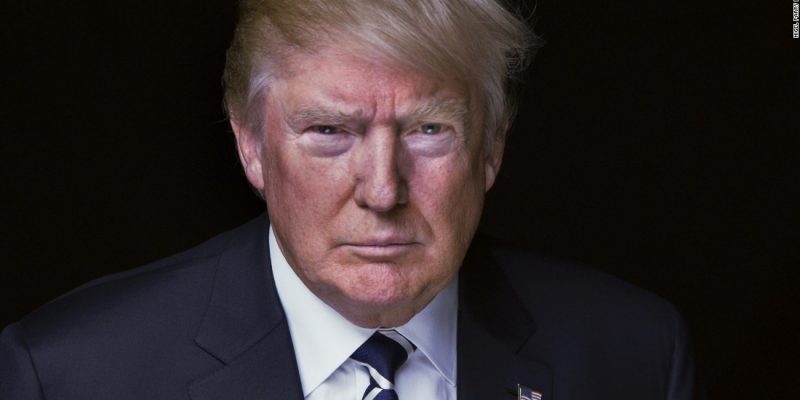 In the 1992 presidential campaign, candidate Bill Clinton referred to himself as the “comeback kid” after his second-place finish in the New Hampshire primary. Only a slick candidate with the skill of Bill Clinton would be able to turn a loss by 8% into a victory. However, his characterization, supported by the media, gave his campaign momentum and he eventually won the Democratic Party’s presidential nomination and the White House.

In this campaign, the real “comeback kid” is President Donald Trump. Of course, unlike Clinton, he has had to endure five years of constant negative media coverage and unrelenting abuse from Democrats, the Deep State and anti-Trump elements in the Republican Party. This President never received a honeymoon and was subjected to the Russia hoax, the bogus Stormy Daniels investigation, a two-year Special Counsel witch hunt, the Ukraine hoax, a partisan impeachment process and constant leaks and backstabbing from enemies hiding in his own administration.

The past three months have been dreadful with a global pandemic, an economic shutdown, the tragic death of George Floyd and the resulting riots across the country. The best economy in the world quickly turned sour as the nationwide shutdown led to 42 million Americans filing for unemployment claims and the joblessness rate skyrocketing from 3.5% in February to 14.7% in April.

This week, the left-wing media has been focusing on anti-police protests across the country and highlighting the President’s so-called “dictatorial” actions. A new Fox News poll showed the President losing to former Vice President Joe Biden in three battleground states, while his overall approval rating had dropped to 40%, according to a new Reuters poll.

With a pandemic still concerning millions of Americans, Democrat Governors refusing to fully reopen states and a series of appalling riots across the country, most analysts like Democratic political consultant James Carville have been predicting a massive Biden victory in November. According to Carville, “If we go and take it to him and talk about what a massive fat figure he is, we can run away with this thing. The idea is not to defeat Trump, we have to defeat Trump-ism.”

Despite Biden’s horrific performance in recent interviews, his frequent gaffes and unsteady appearance, many Democrats are confident of an overwhelming victory in November. They believe that the poor economy, coupled with a health crisis, racial issues, police protests and unrelenting media criticism of the President will help them win in November against a candidate who cannot even unite his political party.

As usual, the pundits have underestimated Donald Trump. In 2015, so-called experts believed his candidacy was a joke and he would never be a serious candidate. In 2016, they first claimed he could never win any primaries and certainly not the nomination. When he became the GOP presidential candidate, the talking heads on television laughed about his chances to win against Hillary Clinton.

When he defied all of the experts and actually won an electoral vote landslide, his adversaries said he stole the election with “Russian interference” and attempts were made to influence the vote of the Electoral College to deny him the presidency. When his victory was confirmed, his opponents made it their mission to destroy him.

His presidency has been a constant battle from the first day. As we near another presidential election, the political left and their allies in the media have created tremendous instability in the country. With all the troubles throughout the nation, the President was seemingly in a precarious political position. Then, the May jobs report was published on Friday, and it was astonishing to say the least.

Instead of the unemployment rate increasing to almost 20%, as experts had predicted, it declined to 13.3%, with the addition of 2.5 million new jobs. Clearly, despite the warnings from health experts and the continued lockdown by Democratic Governors, the American people are ready, willing, and able to get back to work.

Today, the real “comeback kid” is President Trump, who is facing challenges experienced by no other political leader in American history. He has been discounted and underestimated since the start of his political career five years ago. However, with the pandemic easing and the economy starting to recover, his political fortunes should improve as the election nears. As Carville noted in the 1992 election, “It’s the economy stupid,” since most voters will disregard other issues and vote their pocketbook.

The wild card in this election will be the continued anti-police protests throughout the country, but the President will stand for protecting Americans and “law and order.” This position will remain popular with most Americans who view the rioting and looting from groups like Antifa with disdain.

Of course, much work needs to be done to continue to improve the economy in the months ahead, but the electoral prospects for President Trump have suddenly improved. It would be wise for Americans not to discount the chances of the real “comeback kid” to win another term in the White House.

Interested in more national news? We've got you covered! See More National News
Previous Article Church Has Long Lost Moral High Ground, But This Letter to Trump Says Everything You May Be Thinking
Next Article SADOW: Louisiana Was Lucky When It Came To “Protest” Violence